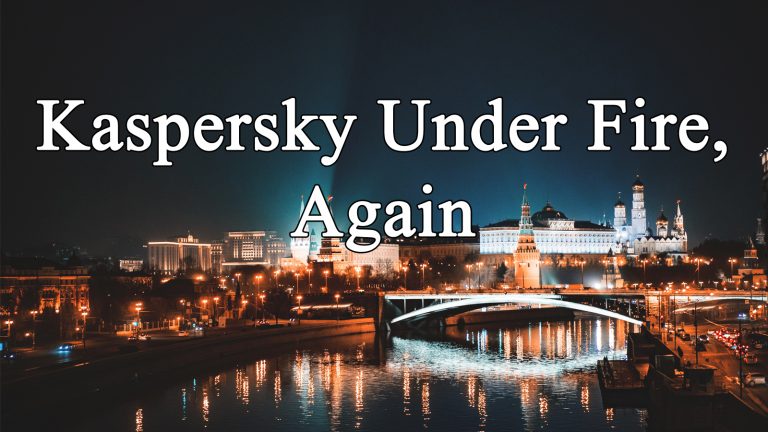 Kaspersky is once again in the news under the gun from the US Government in response to its ties to Russia. Kaspersky has a well-documented history with Russia from the training of its staff and its services. They are a popular company that offers performs a variety of anti-hacking duties, including research into upcoming threats. The White House cyber security coordinator, Rob Joyce, has warned people away from using any Kaspersky products, however. He went on to state that the US federal government will be not be using them at all, citing Kaspersky’s ties to the Kremlin.

The reasons given for his statement are that as a company based in Russia, they must be influenced by Russian political goals. These goals have been at ends with the United States, so using their products would be unsafe. This is actually not a bad train of thought, especially when it comes to cyber security. A proper virus protection program is very close to malware itself, and it has the ability to cripple any computer it’s installed on. Not trusting a company based in a foreign country is a smart way to shield your government files. Another way to put it would be like this: Your neighbor offer to install locks on all your doors, which is fine because you know him, but if you could install your own locks wouldn’t you rather do that?

Keeping critical cyber security issues like that close to the chest are the cornerstone of an effective defense against hackers and other malicious actors. The federal government has access to several extremely powerful cyber security groups all based in the United States, and it could even use the newly sanctioned USCYBERCOM to create and maintain its security infrastructure.

Adding a level of credibility to Mr. Royce’s statement is the fact that Kaspersky is registered with the FSB, a Russian intelligence agency. The founder, Eugene Kaspersky, worked for the Russian Department of Defense and went to a school associated with Russian intelligence services. The idea of Kaspersky putting a backdoor into their programs for remote access is not as far-fetched as it might sound. Anti-virus programs already have access to your computer’s files without your permission anyway. That’s how the scans and wipes work, the program is looking at every file and path on your machine. This is why you don’t install anti-virus programs from sources you don’t absolutely trust.

Kaspersky has gone on to state that they don’t work for anyone but themselves, and the idea that they’d ruin their credibility by selling out their clients to their own government is ridiculous. For now, the US government will continue its ban at the State and Federal level on their software. Until tensions lower between Russia and the United States this level of distrust will continue to be the status quo.