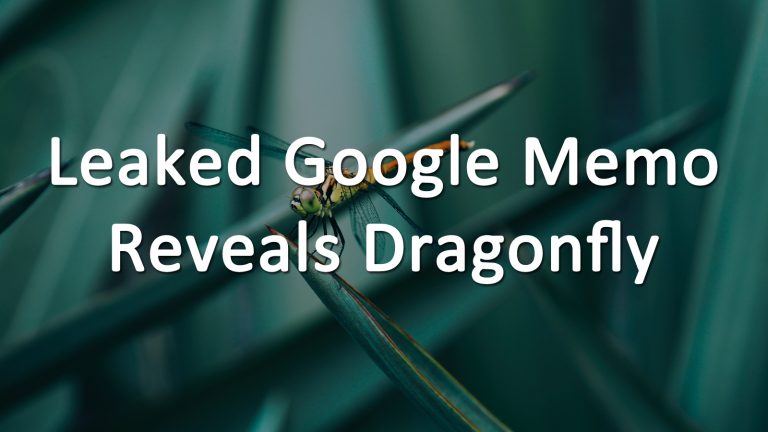 A rather disturbing internal memo has been leaked from Google which reveals the details of Project Dragonfly, which is a search engine built at the behest of the People’s Republic of China government. Dragonfly has not been released yet, but is in development and the memo paints an Orwellian picture. Dragonfly tracks the real-time location of anyone using it and records this information, this on its own is not too different from how search engines geolocate users now. The difference is that Dragonfly has a list of terms that return “No Results Found” such as “Democracy”, “Freedom of Speech”, or “Right to Protest.” If a user searches for these terms then their location is sent to the appropriate authorities for observation and possible enforcement for the health of Chinese society. The Dragonfly memo was leaked after Google employees who weren’t supposed to know about the project became aware of it and voiced their dissent. This failed to yield results, so the memo was leaked to the public and it appears that Google is still unwilling to change their stance on the project. While Dragonfly is a legitimate request by a legitimate government it seems to fly in the face of Google’s own corporate guidelines of “Don’t Be Evil.”