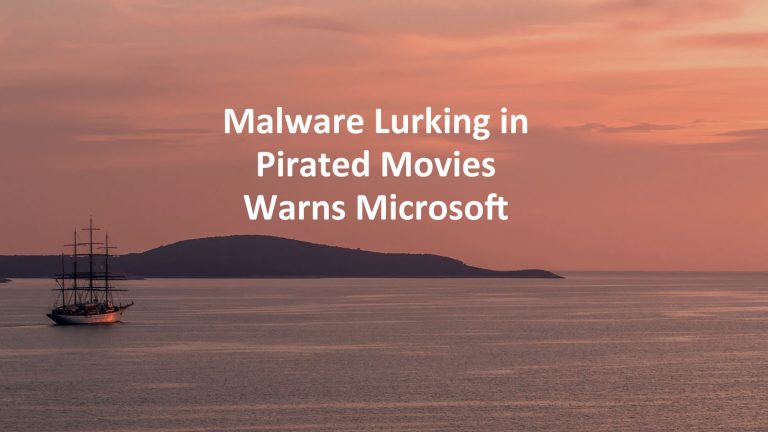 Tens of Thousands of Bootleg Movies are Infected with Malware

Microsoft Security Intelligence says malware is circulating in pirated some streaming media services. The malware is a cryptocurrency coin miner that is hidden in zipped torrent files. The malware attack has been primarily affected users in Spain, Mexico, and South America – as the pirated movies are all Spanish titles or English moves with Spanish subtitles.

With more people working from home and under stay at home orders, people are watching more television programming and streaming media. Netflix reported a surge in new subscribers since the lockdown began. The movies are used as lures to get people to initiate a file download from a torrent site.  The zip file that contains the movie torrent also triggers malicious VBScript that injects the coin miner.

Microsoft outed the malware campaign in a series of Twitter posts.

Once the computer is infected, the malware will run silently in the background.

What is a Torrent Site?

A f BitTorrent site is a series of internet connected, independent computers used to store and share files. The content is often copyrighted music, films, and software. When a person wants to download a film or other content from a BitTorrent system they must first download a file -called a torrent file – that contains all of the information about the content to be downloaded. The torrent files initiates and manages the download. It can be though of as a directory or table of contents. The download which may take hours or even days and portions of the file may come from multiple peer computers on the network.

READ: NordVPN vs IPVanish Review – Which VPN is Better for You?

Pirate Bay is one of the best sited for torrent movies and one of the most popular BitTorrent sites for film, music, and software downloads. Torrenting is illegal if you are downloading copyrighted or licensed content. You do not need a VPN for tormenting but should use one if you are torrenting illegal content. A VPN, short for virtual private network, protects your identity online. Even your ISP won’t know what you downloaded, although they will know you used an ISP. VPNs are very useful for watching blocked content in countries with censorship or geographical restrictions broadcast media – like Canada.

The malicious .zip files pose as popular Hollywood movies with file names like “contagio-1080p”, “John_Wick_3_Parabellum”, “Punales_por_la_espalda_BluRay_1080p”, as well as Spanish titles like “La_hija_de_un_ladron” and “Lo-dejo-cuando-quiera,” according to Microsoft. There has been a huge surge in popularity for film titles such as Contagion, Train to Busan, and series like Pandemic due to the real pandemic.

The malware is spreading to personal and business computers.  Fortunately, antivirus app Windows Defender will protect machines from the coin mining malware.

It is mostly targeted at Spanish speaking users outside of the United States.