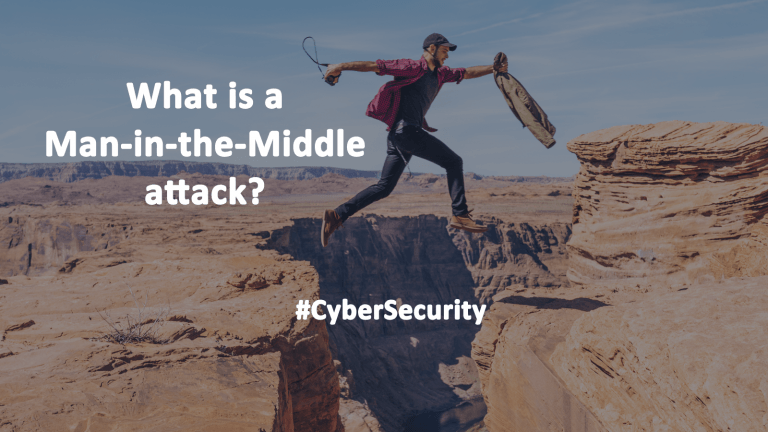 Man-in-the-Middle cyber attack – When the hacker gets in between!

A Man-in-the-Middle (MITM) attack occurs when hacker successfully intercepts any online communication (social media, email, web surfing etc) happening between two systems. The attacker relays and alters the communication. However, the parties involved think that they are communicating with each other over a secure and private connection. The hacker can target any of the private information inside a device too.

Such attacks are termed as “man-in-the-middle” cyber attacks as they occur between two legitimate communication hosts (or people) while the hacker “listens” to the internet conversation between their devices (smartphones for example.) These are conversations the hacker should not be able to access.

Most web applications make use of a login mechanism which generates a temporary session token. Hence, the user does not have to type a password for every future request. In session hijacking, a hacker sniffs sensitive traffic and tracks down the session token of a user. The hacker uses the token to make requests in disguise of the user. Once the attacker is in possession of the user’s hijacked token, he can do everything that can be done by the user. The attacker steals the browser cookies of a user. If he gets access to the log-in cookies, then he can easily login as the user and assumes his identity online.

In a sniffing cyber attack, the hacker makes use of packet capture tools to identify low-level packets. The attacker, with the help of specific wireless devices used to monitor internet traffic, accesses packets that are not intended to be accessed (such as packets meant for other hosts).

This is type of Main-in-the-Middle attack is largely used by the hackers to target important email accounts of big organizations, especially banks and financial institutions. Once the hackers gain access to these accounts, they start to monitor transactions and wait for the appropriate time to make the eventual cyber attack.

For example, the hacker may wait for the time when a customer is due to transfer money into an account. The hacker will respond to the customer, by spoofing the email address of the company and providing their own bank credentials instead of those of the company. The customer thinks they are sending the payment to their legitimate financial institution, but instead the hacker receives the money.

Wi-Fi connections are happy hunting grounds for many Main-in-the-Middle attacks. There are many ways in which a hacker can do so. In one such way, a hacker sets up a legitimate-sounding Wi-Fi connection. Once an unsuspecting user connects to the hackers WiFi (thinking it is the open WiFi connection of a coffee shop or other), the hacker gains access to the device of the user.

In another approach, the hacker may establish a fake Wi-Fi node that is disguised as a genuine Wi-Fi access point. Thereby, he steals the personal information of anyone connected to it.

Using HTTPS is common these days as protection against DNS or ARP spoofing. Hackers use SSL stripping to first intercept packets and then to change their HTTP-based requests to HTTP equivalent endpoints. This forces the host to send unencrypted requests to the server. This way, the attacker can have access to sensitive information of the user.

How to protect against Man-in-the-Middle attacks?

Technologies that can protect against Man-in-the-Middle attacks: