AskCyber Home » News » Data Breach » Marriott Hack Impacts 500 Million – Are You One of Them? 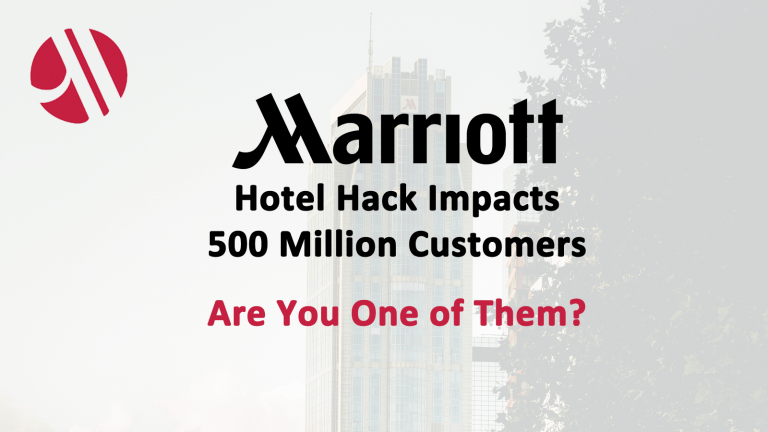 The hack began before Marriot merged with Starwood. Marriott officials stated that hackers had “unauthorized access” to the Starwood reservation system since 2014 until the cyber security breach was discovered last week. The numbers, so far, making this the second largest hack in US history. Many times, data breach numbers are revised upward as the investigation carries on.

Marriott Hack – Am I Affected?

Marriott officials will be sending emails to the 500 million customers affected by the data hack. There was no timeframe given. I did stay at Aloft during the period when hackers were in the guest reservation system. I’m also a Marriot rewards member. I have not received an email.
The last time I emailed Marriot regarding the rewards programs merger, it was over three months before they responded. Just sayin’ ?

What Marriot Brands are Affected by The Hack?

The hack affects Marriott’s Starwood hotels. Customers that made a reservation at these Starwood hotel brands, since 2014, may be affected:

In its quarterly filing dated November 6, Marriott added information about cyber security concerns. The filing stated, “We have experienced cyber-attacks, attempts to disrupt access to our systems and data, and attempts to affect the integrity of our data, and the frequency and sophistication of such efforts could continue to increase.”

What Information was taken by Marriot Hackers?

The credit card numbers were encrypted in the guest reservation system. However, Marriott said it may be possible that hackers can decrypt the credit card numbers. There are two components needed to decrypt data secured with Advanced Encryption Standard encryption. Marriott has not been able to rule out the possibility that both were hacked.

Marriott Hack – What Do I do next?

The main Marriott.com reservation webpage conveniently does not mention the hack at all. The press release can be found elsewhere on thier website. Although the Marriott press release lures you into thinking that the information can be found on the old Starwood.com website (which has not run in some months.) It’s not on Starwood. It is actually on a third-party cyber security firm’s site.

Here is what Marriott is offering to help impacted hotel guests.

Here are the perks that Marriot is supposedly offering hacked customers.

When Did Marriot and Starwood Merge?

Marriot International, Inc bought Starwood and its brands in September 2016. The sale was valued at about $13.6 billion. The deal created the world’s largest hotel chain with 1.3 million rooms and more than 110 million loyalty program members. Marriott completed the merger of the two brands’ loyalty programs in August 2018.