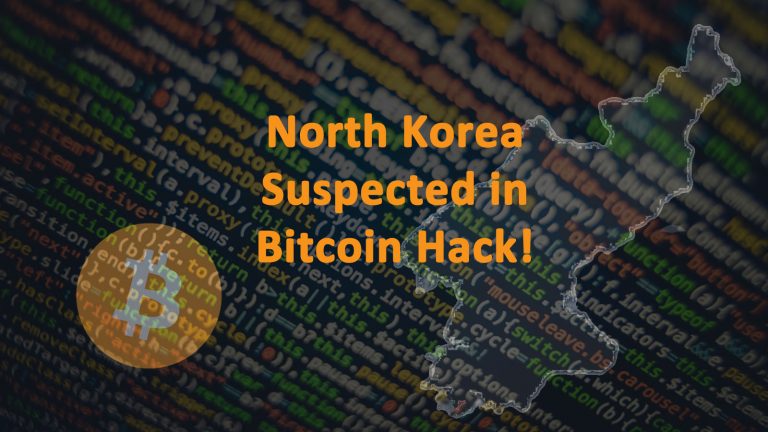 North Korea is suspected in a Bitcoin hack according to the Wall Street Journal (WSJ) reports. On December 19, seventeen percent cryptocurrency exchange, Youbit’s digital currencies including some Bitcoin was stolen. Yapian Youbit is based in Seoul, and therefore South Korean law enforcement agency, Korea Internet & Security Agency the state agency is leading the investigation.

Cryptocurrency exchanges are online platforms where users can trade traditional currencies (like USD) for digital currencies like Bitcoin and Ethereum. Cryptocurrency hackers go after the exchanges and wallets (where currency holders store their money online). In hacks millions of untraceable coins are taken and never seen again. Because of the untraceable, decentralized nature of digital currencies, there is no regulation and no insurance. Per the usual worldwide governments have not caught up with regulations to deal with cryptos.

Not the First Cyber Attack for North Korea

North Korea was recently implicated in the 2017 WannaCry malware attack. WannaCry disabled over 300, 000 computers worldwide. WannaCry is a ransomware program that was written from code stolen from the US National Security Agency. The cyber attack primarily affected UK’s National Health System.

Youbit is the third Bitcoin hack from South Korean cryptocurrency exchanges in 2017. Yapizon, a Bitcoin exchange and Youbit’s predecessor company, was hacked in April. In that theft 36% of Yapizon’s digital currency assets totaling 3816 BTC (worth about $5.3 million USD) was stolen from four its wallets. The Coinis Bitcoin Exchange was also hacked.

Why is North Korea Stealing Bitcoin?

Sanctions against North Korea leader Pyongyang are taking their toll and Pyongyang needs a way to pay for the missile testing and his military. China has reduced their coal trade. The United Nations Security Council increased sanctions against North Korea further reducing oil supplies. With all the sanctions, and a starving population it makes sense that north Korea would train and sponsor hackers who work on behalf of the country. Difficult to trace or completely untraceable currencies, free from centralized government regulation make a good target.

Bitcoin, although unstable in price, is a good bet for North Korean state sponsored hackers. The 3816 BTC stolen back in April when they were valued at $5.3 million are now worth more than ten times that valuation, or about $58.5 million. That’s an incredible return for just eight months.

Youbit allowed its users to withdraw only 75% of their assets. The remainder of their assets may be returned at a later date after the bankruptcy is processed. The Yapian Youbit cryptocurrency exchange filed for bankruptcy