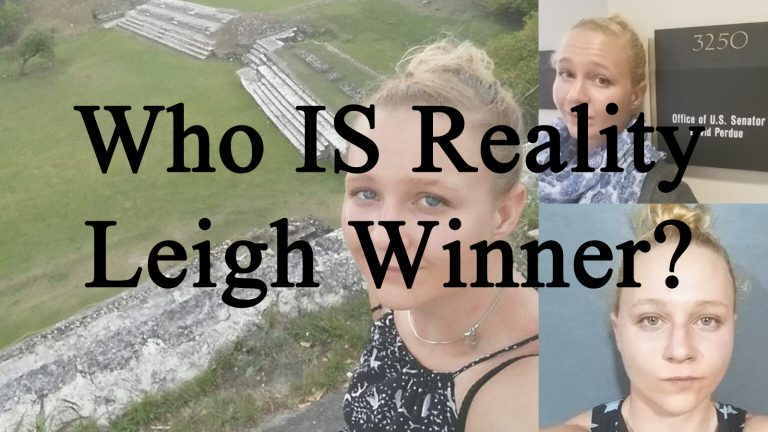 Reality Leigh Winner was an NSA contractor who was arrested by the FBI last Saturday (06/03/2017) for leaking classified information. Winner allegedly leaked an internal NSA document that showed proof of Russian interference with the election via hacking the electronic voting systems in November. The charges levied against her could place her in prison for 10 years. The document was printed out by several people but Winner was the only one to email it to the news agency it was released on, The Intercept.

Winners was originally a linguist for the Air Force, and an awarded athlete. She was active in her protest against the current president, Donald Trump. She had several posts on Facebook and Twitter denouncing the president and his supporters. Her legal representative, Nichols, has raised complaints about how Winner has been handled. She confessed to this crime, but before she was allowed to be seen by her legal counsel. Confessions given without legal counsel are still legally allowable evidence in court, as clearly stated in your Miranda Rights.

“Anything you say may be used against you in a court of law.”

The Deputy Attorney General (DAG) has also released a statement stating that leakers need to be prosecuted to the full extent of the law. The DAG making a statement before the case has gone to court is unusual, as it could lead to mistrial allegations. This is because the DAG is someone in a position of authority on this matter, and his statement can sway the opinions of potential jurors. While this may not be enough for Winner’s legal defense to move for a mistrial if she is convicted, it could be one of several small pieces. Nichols has accused the government of having a “political agenda” in this case.

Winner actions have drawn criticism from the US government, such as Representative Jason Chaffetz who accused her of “handing out classified information like candy.” Winners has received support from controversial figure Julian Assange, who is part of WikiLeaks. Members of the intelligence community fear that revealing this reports means that foreign parties may find it easier to infiltrate US security in the future.

This sentiment is part of the larger debate about people who release classified information, is the risk worth it? There is something to be said for people who risk their careers and their freedom to bring information to the people. We have Whistleblower protection laws for a reason, so clearly the federal government feels that they should be protected. However, when it comes to classified information the waters become murky. Yes, the people shouldn’t be kept in the dark about what their government is doing, especially when the topic is under public scrutiny. However, releasing that information does come with revealing how that information was found, to validate it. It will come down to the judge to determine how Winner will be punished for her actions, the charge of revealing classified information. Her defense will probably try to guide the judge towards a lenient sentencing, but it is possible she may be made an example of especially after Edward Snowden’s escape.