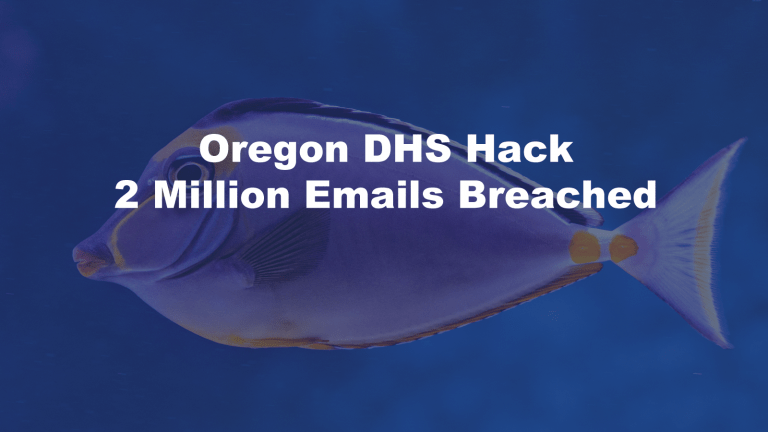 Oregon Department of Human Services (DHS) announced that approximately two million emails were hacked in a January 8 data breach. The hackers gained access to DHS employee emails with a targeted spear phishing attack in which nine employee mailboxes were breached compromising the data from about two million emails and 350,000 clients.

Oregon DHS states that nine employees clicked on a link in a spear phishing email that was sent on January 8, 2019. The email breach followed on January 28 and allowed the hackers to access about two million employee emails that contained the personal data of clients.

The passwords of the hacked DHS email boxes were reset to stop the hackers.

What is a Spear Phishing Attack?

The hack is a data breach under Oregon’s Identity Theft Protection Act (ORS 646A.600 to 646A.628). Since the number of victims exceeds 350,000 potential victims, notifications were released to the media and on state agency websites. IDExperts is handling the data breach on behalf of DHS and has established a toll-free at 800–792-1750 to assist clients.

Oregon DHS is offering free credit monitoring and identity theft recovery services for people breached but the hackers. Individuals who are part of the data breach will receive a notification through US Postal mail. Consumers have the option to freeze their credit reports for free. Parents may request a credit report freeze for DHS minors under the age of 16.