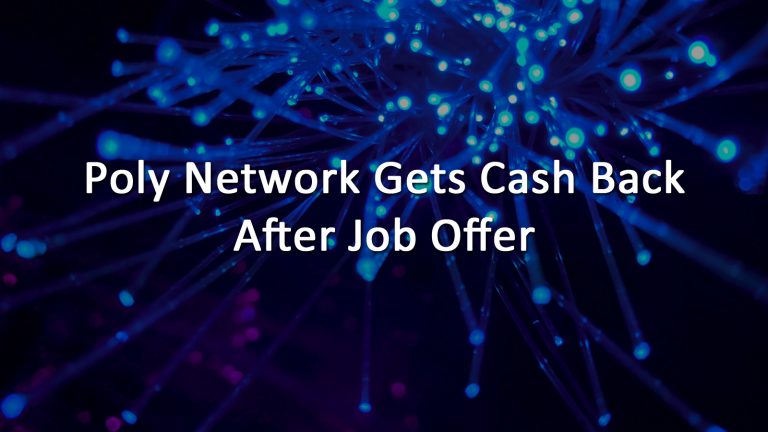 Poly Network suffered a security breach that would have cost them a cool $610,000,000 in cryptocurrency if the attacker, dubbed “Mr. White Hat,” hadn’t decided to return the cash. According to Mr. White Hat, the money was only taken to show the vulnerabilities of the DeFi platform, and it was always his intention to return it once his point was proven.

While Poly Network initially threatened Mr. White Hat with legal action (a reasonable threat given the amount of money involved), they later resorted to attempting to recruit Mr. White Hat as their new Chief Security Office in exchange for the return of all the funds.

While it does not appear that Mr. White Hat has accepted the job as Poly Network’s new CSO, Poly Network has stated several times that it does not intend to press any charges against Mr. White Hat as he has returned every dollar pilfered part of making his point. Mr. White hat also returned the $500k bug-finding bounty that Poly Network sent to them, which makes sense given that they stressed in their public correspondences that they wanted to remain completely anonymous. A record of them accepting the payment could compromise their identity, which they clearly care about protecting.