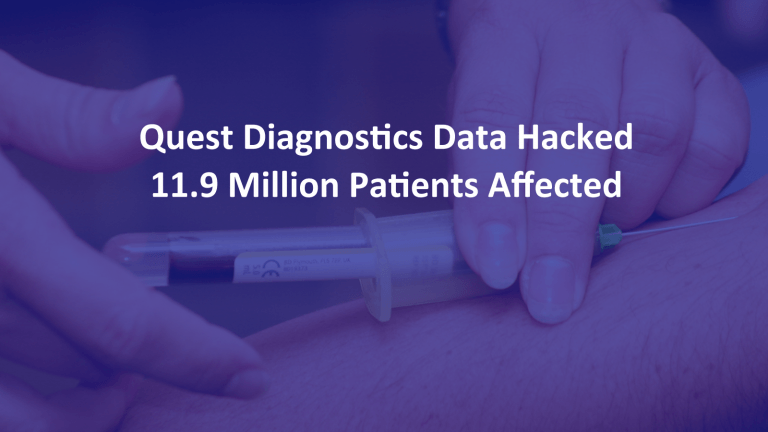 Quest Diagnostics reported to the Security and Exchange Commission (SEC) that a third-party vendor, American Medical Collection Agency, was breached. Hackers stole the payment information, including credit cards, as well as personal data from 11.9 Quest Diagnostics patients. The data breach occurred between August 1, 2018 and March 30, 2019.

The deep web is a part of the internet that is not visible or accessible using common web browsers like Internet Explorer, Firefox, Chrome, or Safari. Anonymous web browser like Tor Browser and Brave browser are used to access it instead. The deep web is commonly referred to as the dark web or darknet which are parts of the deep web. The deep web is where hackers and other criminals to carry out illegal activities such as selling stolen credit card numbers and hacking tools like malware. The deep web is also an online community to sell illegal drugs and guns or arrange for illegal services.
The US Central Intelligence Agency recently established an onion site on the dark web in order to allow for anonymous communication and to have a presence where some of the cybercrime they are battling is occurring.

What Is Quest Diagnostics?

Quest Diagnostics Incorporated is a Fortune 500 clinical laboratory company in Secaucus, NJ. In 1976, the company was founded as Metropolitan Pathology Laboratory, Inc before becoming an independent in 1996. Quest Diagnostics operates in the United States, United Kingdom, Mexico, and Brazil.

What is American Medical Collection Agency?

American Medical Collection Agency is a medical billing collections vendor based in Elmsford, NY and founded in 1977. The company’s website states that it manages over one billion US dollars of collection activity. American Medical handles collections for laboratories, hospitals, physician groups, and medical providers.

Quest Diagnostics was hacked in November 2016 in a much smaller data breach. The health records of about 34,000 patients were compromised. Hackers breached MyQuest, the company’s patient portal, taking patient information including name, birthdate, lab results, and phone numbers. No financial information or credit cards were hacked in the 2016 data breach. In an unrelated incident, in December 2018, hackers breached the US Government’s Healthcare.gov and compromised the data of 75,000 health insurance marketplace users.

Quest Diagnostics Hack – What Should I Do

Neither Quest Diagnostics nor American Medical Collection Agency has notified patients who were hacked.

If you were a Quest Diagnostics patient, you may want to: