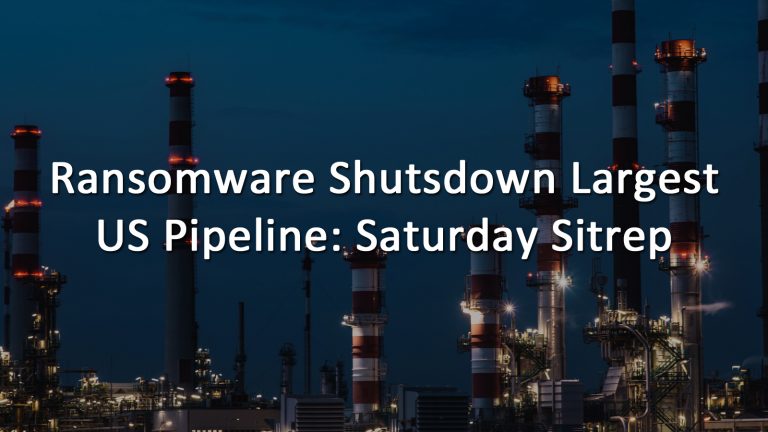 The largest pipeline in the United States, the Colonial Pipeline (operated by Colonial Pipeline), which transports some 2.5 million barrels of fuel between refineries in the Gulf of Mexico to markets in the southern and eastern United States has been temporarily shut down following a ransomware attack. The pipeline provides nearly 45% of all fuel consumed daily on the east coast, so this shutdown represents a serious supply issue. The shutdown was done purposefully by the company to try and halt the spread of ransomware. The attack is currently under investigation by a third-party cybersecurity firm.

According to an unnamed US official, the attack is believed to have been launched by the DarkSide gang, a group believed to be responsible for attacks against other corporate entities such as CompuCom, Brookfield Residential, and other corporate entities. If this is a DarkSide gang attack, it is unlikely that there will be an initial offer to get the encrypted files back, as DarkSide prefers to use any exfiltrated information to pressure their victims to pay a large ransom.