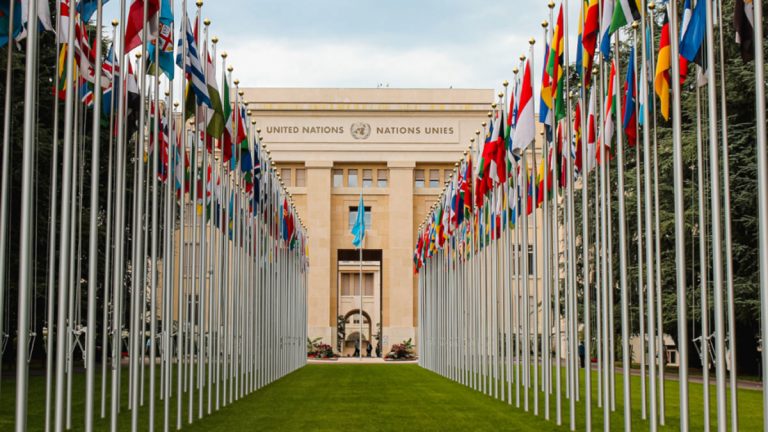 Following a string of ransomware attacks that crippled aspects of U.S. infrastructure, U.S. President Biden met with Russian President Putin to discuss Russia’s lack of action in finding and penalizing perpetrators. Last Wednesday, June 23, Russia announced that they will cooperate with the U.S. to track down the cybercriminals who have been attacking Americans.

President Biden spoke out about recent cyberattacks from Russia and urged Russia to track down attackers and have them face charges for their crimes. During the Geneva summit, Biden insisted that certain cyberattack targets should be off limits, specifically critical infrastructure targets. Several recent targets of ransomware attacks include Colonial Pipeline, which is the primary fuel source for the Northeast, and JBS foods, which is a major American meat processing company.

The attack on Colonial Pipeline resulted in a full shutdown of the pipeline’s operations, causing a fuel-buying frenzy in the Northeast. Some ransomware groups restrict their attacks to non-essential targets, avoiding hospitals, government entities, or any other companies that affect a nation’s infrastructure. DarkSide, Colonial Pipeline’s attacker, had such restrictions in place, claiming to be a neutral party with no desire to have any political or national agenda. However, their attack on the U.S. pipeline affected the country’s infrastructure to an extent that drew attention from the federal government, eventually forcing the malware gang to shut down and disappear.

Soon after the pipeline was attacked, JBS Foods was also targeted with a ransomware attack. The meat processing company shut down their servers in order to contain the malware and despite taking fast action, their operations were still affected negatively.

Most recently, a nuclear weapons contractor was attacked, allegedly by REvil, one of the best-known ransomware gangs. Sol Oriens, the contractor, reported that employees personal information including payroll information was put up for auction on a stolen data auction site. While it was not clear whether or not customers’ private or privileged information was stolen, any breach of data is serious in an industry such as nuclear arms.

With cybercriminals growing bolder after rising success during the COVID-19 pandemic, new targets seem to be higher in profile and vitality. The U.S. government has acknowledged the gravity of the threat these attacks pose to the country, and Russia’s apparent disregard for the seriousness of the issue caused increased tension between the countries. Washington reported that some of the parties responsible for cyberattacks in the U.S. were either working directly for the Russian government or were based in Russia as independent entities. Predictably, the Kremlin has denied that the Russian government was connected to these attacks. President Biden has urged Russia to properly investigate the attacks and make sure that the criminals face appropriate consequences.

Last week’s summit yielded positive results, with FSB chief Alexander Bortnikov stating that “we will work together and hope for reciprocity,” according to Reuters. Deputy Foreign Minister Sergei Ryabkov has been quoted for saying that Russia has been “able to establish a very thorough and down-to-earth exchange with the U.S. side” in reference to cybersecurity issues.

These negotiations may be the beginning of healing between the U.S. and Russia, as the relationship between the two nations has been under increasing strain over the past decade.