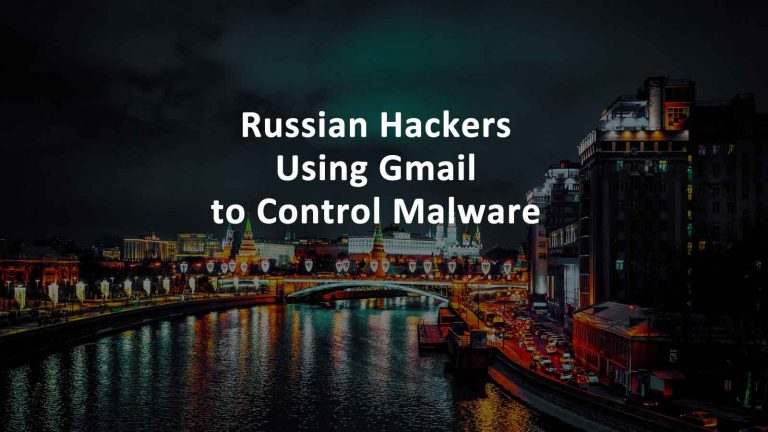 Russian Advanced Persistent (APT) Group, Turla, is using Gmail to command and control malware attacks on governments and military organizations. Cyber security researchers at ESET reported an updated variant of ComRAT malware is making the rounds. The malware is controlled using Gmail’s web interface to download attachments. It is in use by the Russian hacker group Turla, which is believed to work at the behest of the Russian government, for harvesting and stealing in attacks against governmental institutions.

The Russian malware is used to steal documents and hack into cloud storage.  ComRAT has been used in previous attacks to exfiltrate information from government networks.

“We identified at least three targets: two Ministries of Foreign Affairs in Eastern Europe and a national parliament in the Caucasus region.” says ESET.

ComRAT, also known as Agent.BTZ and to its developers as Chinch, is a Remote Access Trojan (RAT). The main goal of ComRAT malware is to find, steal, and exfiltrate confidential documents from governments and military organizations.

According to a post on Bleeping Computer ComRAT connects to Gmail to download mail attachments containing encrypted commands sent by the Turla hackers from other email providers.

ComRAT is not the only malware the Russian hackers have working for them. Kaspersky spotted another Turla malware, COMpfun, which is being used to attack European diplomatic entities.

What is an APT Group?

An APT group, short for advanced persistent threat group, is a nation state group of organized hackers. APT groups work at the behest governments to carry out their criminal cyber activities. This includes spying on corporations, governments, military organization, and high-profile targets . APT groups may conduct espionage, steal corporate secrets, and steal money to fund their government’s other activities.

APT Groups are given a moniker which is used by cyber security researchers to track them. The monikers are assigned so as not to offend the governments that each APT group is associated with. A hacking group may have more than one name. The hacking group that works for the US government is known as Equation group.

Who is Turla APT?

Turla is an APT group that uses watering hole and spear phishing campaigns to target embassies, governments, and militaries. They have been active since about 2004 with malware attacks. In 2008, ComRAT made its debut in an attack on US military IT networks in the Middle East. It is also believed that Turla compromised the French Armed Forces two years ago and the Austrian Foreign Ministry in 2020.

Like many APT groups, Turla has more than one moniker. Turla is also called Waterbug, Snake, and VENOMOUS BEAR. ComRAT is also known as Agent.BTZ and internally known as Chinch to its hackers.

Turla is the hacking group that exploited a Firefox extension to use comments on Britney Spears Instagram posts to control malware.