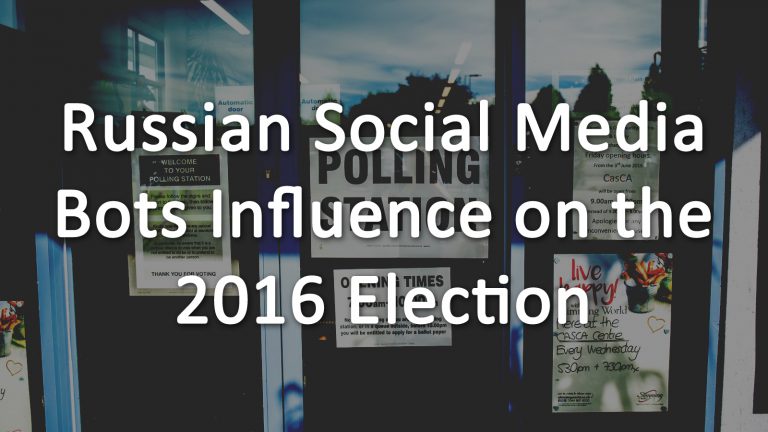 The federal probe into the actions of the 2016 election is alive and well, with the indictments from Mueller coming down this morning. One of the most common stories from election onward was that of external actors influencing the election via social media ads and fake accounts. It turns out there’s some credence for these stories, as Twitter and Facebook are expected to testify about the number of these accounts and their reach. The true spread of their influence is hard to measure, while Twitter and Facebook can provide the stats for how many people saw the ads or clicked on them they can’t provide a measure of how effective they were.

On the numbers front, it’s quite impressive. Twitter reports that some 36,000 accounts sent out nearly 1.4 Million election related tweets during the race and up to the election. Facebook is reporting approximately 126 Million people were exposed to ad from the IRA account over the course of two years. The IRA, or Internet Research Association, is a Russian organization that works in disinformation and propaganda on the internet through social media. Facebook does note however that the relative density of the ads was rather low, about 1 in 23,000 pieces of content came from the IRA. They note that this means, assuming that any content is the equivalent of a television commercial, you would have to watch 600 hours of television to see this particular ad. These statistics are disturbing, the recent presidential elections has been one of the most divisive in the history of the United States. Social media played no small part in this, with new stories racing around and spreading to every corner. People took to their outlet of choice to speak their mind, for better or worse. What if this sort of behavior was being driven by someone with malicious intent?

How would you feel if you found out that every bit of news that you snatched up, because it was exactly what you were looking for was really planted there? The widespread calls for Facebook and other sites to monitor the news that’s allowed as content due to the huge amounts of articles that were written with no factual basis resulted in social media outlets taking a closer look at the news. Think about every insane story you heard about or read during the run up to the election, what if it was all their for your convenience? There has been a great divide in the United States as of late, with people eagerly choosing their “camp” and staying in it. The news has become incredibly polarizing, families are drifting apart over the political landscape. But what if they were all duped into doing so? What if they were fed a carefully created and maintained stream of media, just enough to cause those arguments and splits. How would you feel, knowing that you had been manipulated?

That’s why looking into this sort of social media attack is important, because we need to know if someone was out to hurt us. We need to know the truth, and right now the truth points towards someone wanting us to fight. This sort of manipulation is like any other social engineering attack, just on a wider scale. Careful manipulation of people is all it takes for a social engineering attack to work.