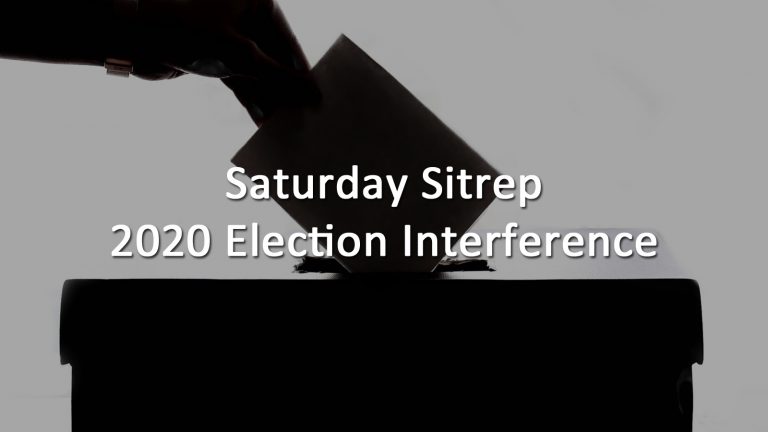 With the Democratic primary race for the 2020 election reaching its peak, the accusations and claims of election interference are beginning to fly. President Trump has said that he wants to run against Bernie Sanders, believing him to be the easiest candidate to win against given his more radical positions compared to the other candidates, and claims of Russian interference to help Sanders win the nomination begin appearing. For his part, Sanders has condemned any interference into the primary race and has sworn to stop the Russians if he becomes president.

Earlier in the week senators were briefed on Russian interference in the 2020 election, and Matthew Whitaker, the former acting Attorney General, has stated that he believes the Russians are aiming to interfere in the elections. If the reports are to be believed, then the interference is following the same patterns as it did in the previous election cycle: misinformation, misdirection, and rabblerousing through social media channels. Bernie Sanders was attacked by other candidates in the most recent debate about the combative nature of his base, the “Bernie Bros” on social media. There are multiple instances of inflammatory or derogatory statements coming from Sander’s supporters, but what’s to say that they aren’t being perpetrated by foreign interference campaigns?

This raises a further question: Social media channels are, generally speaking, a public forum. Yes, a Russian citizen can’t vote in the 2020 election but does that mean they shouldn’t be allowed to speak about Sanders on the internet? Trolling, flaming, and worse have always plagued the internet regardless of the subject matter. How does one “protect” against foreign influence on a global public platform without trampling over an individual’s right to free speech? Furthermore, should a person be held accountable for what others say and do in their name if they don’t encourage those actions or words? When does a person’s following become their responsibility? When does someone become accountable for how others interpret their words?