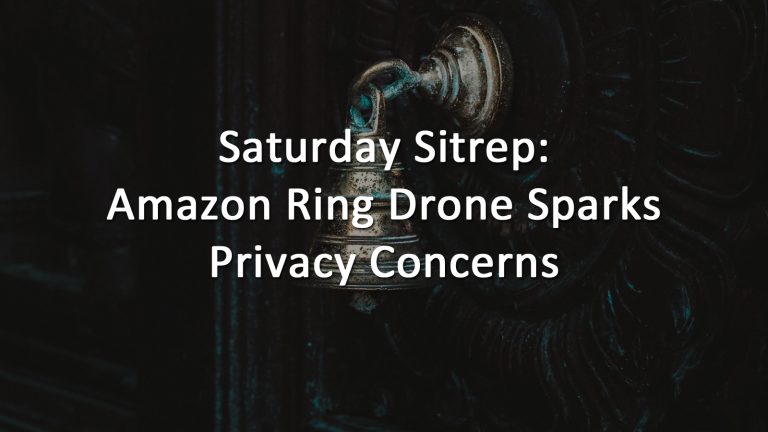 This week, Amazon announced the next iteration of its Ring security system, which will include a small drone capable of patrolling a home and providing real-time video. The drone itself appears to be incredibly compact and uses shrouded propellers to reduce the noise it makes. To compensate for its small size and low volume, Amazon has made it clear that the drone will emit a tone or warning when recording video via its integrated camera. While the drone is capable of flying along pre-programmed patrol routes, it will supposedly also be capable of being directed to individual rooms with a command. It is currently unclear how the drone would know what each room is and where it is within the house, it is possible that the drone will require small sensors to be placed within the house to allow it to navigate. Alternatively, it may have to fly a “reconnaissance” flight around a new home to familiarize itself with the layout. While the idea of a tiny, flying patrolman is certainly innovative, people have raised their concerns about the security of the drone given several high-profile hacks of Ring systems. A notable case was when the Ring of the LeMay family in Mississipi had their internal Ringa cameras hacked, which an individual used to watch and speak to their children. Amazon has been sued multiple times over the security of the Ring system, and while Amazon has responded that the issue is people re-using their passwords (a serious security vulnerability) there are several instances where a completely unique password was used for the Ring system in question. While this doesn’t rule out the attacker gaining knowledge of the password from another source (it’s not uncommon for passwords to be saved somewhere in case they’re forgotten behind a weaker password that’s easier to remember). This raises the concern that a Ring drone will be hacked and then be used to covertly survey a home or spy on the individuals inside. The Ring system (and other similar products) have the potential to collect sensitive information about individuals, particularly when internal security cameras are installed and networked together.