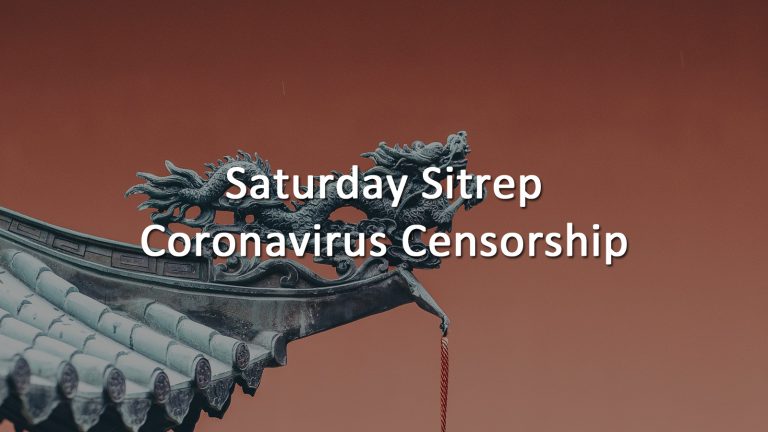 Censorship in China is nothing new, and the invasive nature of it is seemingly accepted as a just part of life. More than once I’ve heard “How else are you supposed to govern that many people?” Censorship is a powerful tool, a way for a government to paint whatever picture it needs there to be. Some might have thought that the rise of technology and easier means of communication would have made censorship harder to enact, but China has gone all-in on its tools and techniques, which grant it an unprecedented level of insight into what its people are talking about or doing at any given moment. While this hasn’t backfired often, there are occasional exceptions (besides the obvious ongoing suppression of a people’s right to information and expression) such as the novel Coronavirus.

Reports coming out of China show that this outbreak did not start in January as the initial official reports showed, but rather sometime in early December. In fact, one of the doctors who initially reported the outbreak and tried to warn people, Dr. Li Wenliang, was silenced for spreading rumors and has since died after being infected with the very sickness he was trying to warn people about. Even now though, censors prowl through the rising discontent about the death of Dr. Wenlian where they prune away anything too against the ruling party. People can be angry about his death, and maybe even blame the authorities in Wuhan, but not Xi Jinping or the CPC. There have been numerous reports of doctors, medical workers, and others being threatened or arrested when trying to talk about the Coronoavirus for “spreading rumors.” Even now as China asks for assistance from other countries, the available data fails to match up against the urgency of their request. Influenza, the Flu, killed 8,200, hospitalized 140,000 and infected 250,000+ in the United States alone in 2019. The novel Cornovairus sits at around 770 deaths and 35,000 infected. So why is China asking for assistance and placing some 60,000,000 people in lockdown? Information has been slow to be provided and a paper by a Chinese infectious disease group estimated that the true number of novel Coronavirus infections was 250,000 in the first two weeks of January before it was taken down by censors. Now it’s a case of seeing how long China will, or can, keep the novel Coronarivus censored before it grows out of control.