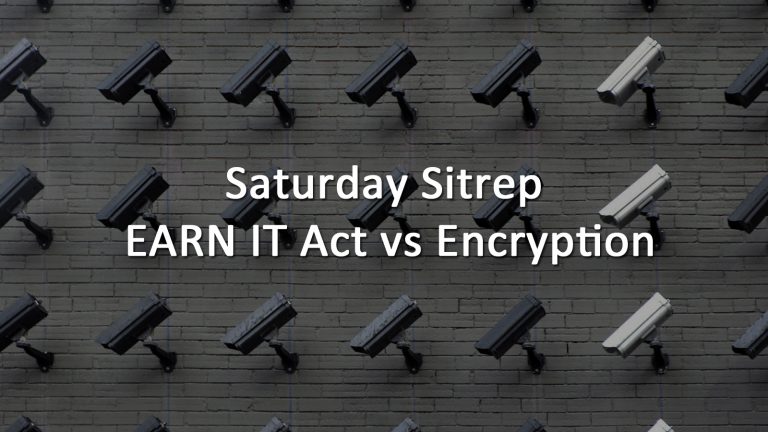 The Eliminating Abusive and Rampant Neglect of Interactive Technologies Act (“EARN IT“) was introduced into the US Senate, and while the bill has good intentions (combatting child pornography and sexual trafficking), the measures it calls for are seen as going too far by many in the IT industry. Specifically, EARN IT is intended to counter the rising cyber awareness of criminals and sexual predators who have readily adopted the use of encryption and secure transfer technology so they can share their horrific content without fear of reprisal from law enforcement. It’s unfortunate that the criminal world seems quicker to adopt good cyber practices than corporations.

Rightly so, tech companies have pushed back even harder against those requests as they would utterly invalidate the very concept of encryption. EARN IT removes the protection from liability provided to tech companies with regards to user-created content unless they comply with several requirements.

The leaked draft version of EARN IT banned the use of end-to-end encryption, which would allow the government, or anyone else, to listen in to all of your web traffic. The DOJ has an open request to major tech companies to stop employing end-to-end encryption, under the pretext of preventing terrorism and sexual exploitation. While these are noble requests, you need to ask yourself if totally surrendering your privacy is the right choice. Sure, EARN IT probably would help law enforcement tracking predators and other dangers, but is it the most effective way to do so? Does the information it provides balance out the cost of stripping an individual’s right to privacy? EARN IT creates a dangerous precedent for other legislation that would weaken your right to privacy.