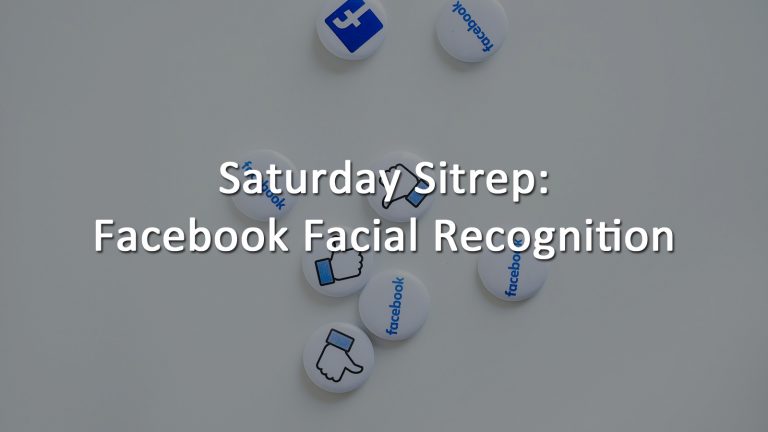 Facebook collects a lot of data about its users, both with internal Facebook processes and external third-party sources, and the amount of data Facebook has on any given individual is probably far greater than you think. While most of this data is mutable, you can change your interests and anniversary date after all, some of it, such as your face, is not. Anyone who has used Facebook to upload a photo before has experienced the strange feeling of uploading a picture and having Facebook automatically tagging or suggesting tags of the people in the photo before you have the chance to do anything. Users then helpfully accept the tags or correct them, all of which are studied by Facebook in a manner similar to how reCAPTCHA works. reCAPTCHA can be used to train AIs to recognize pictures.

The process is simple, a thousand AIs and a human take the reCAPTCHA and whichever AI is closest to the human’s results, wins. These tests are repeated millions of times until you have created an AI that can reliably recognize grey cats with stripes. With enough of these specific AIs, you can create a more general AI which can recognize all kinds of cats. Facebook’s facial recognition software compares all of the photos it has that it “knows” are you, because you’ve been tagged in them, and uses it to construct a “template” of what you look like. Then, whenever a photo is uploaded it runs that template against the image and attempts to decide if you are in that photo or not, which it uses to suggest a tag.

This is why Facebook may seem hesitant to automatically tag individuals you don’t normally associate with, your connections are part of this template. When you confirm or deny the automatic tag, Facebook updates its template of you. Thee Illinois residents successfully sued Facebook over the collection of their facial data, and now Facebook is looking to settle the resulting class-action lawsuit. Initially, it offered $550 Million, but the judge presiding over the case turned down the amount noting that while it seemed like a lot of money, this is Facebook we’re dealing with. Facebook returned with an offer of $650 Million, which is under consideration by the judge. If this amount is accepted, it would still only be ~$200 per individual in the lawsuit.