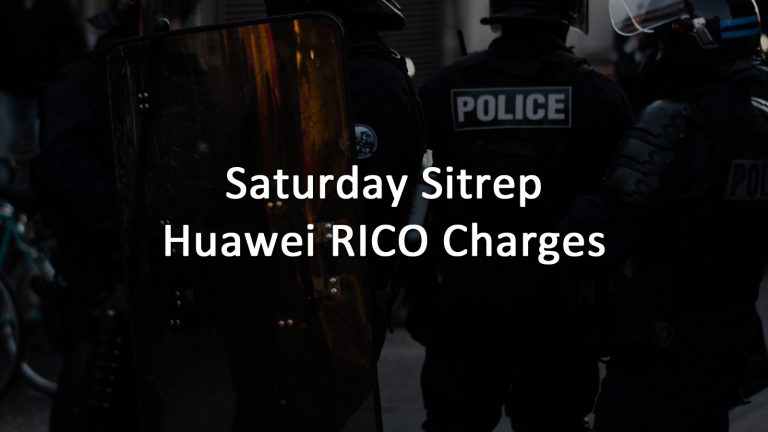 Following up on the US DOJ claims of finding a “smoking gun” showing that Chinese telecom giant Huawei has placed backdoors on all of its devices is the recently unsealed indictment that puts Huawei in the sights of the Racketeer Influenced and Corrupt Organization (RICO) Act. RICO charges are serious, and they accuse an organization of being a criminal organization hiding behind the veneer of a legitimate organization rather, as opposed to a legitimate company that has broken the law. Not only are RICO charges serious, and much harder to prove, they allow for the heads of organizations to be held accountable for the actions of those below them, even if those actions can’t be tied directly to them. RICO allows the government to charge someone, say the head of a criminal organization, in a way that avoids having a fall guy who can absorb the criminal charges because the organizer never personally committed the crime.

Another critical difference is that a RICO charge goes after a pattern of actions instead of individual criminal acts. Rather than being charged with murder, an individual would find themselves convicted for repeatedly suggesting that someone else murder another person. This repeated pattern makes up the basis of the RICO charge, and the charges rely on being able to prove their connection to the underlying criminal acts. Essentially, RICO bridges the defensive gap left by a smart criminal leader that would otherwise leave them out of reach of the law. Interestingly, RICO charges allow for the pre-emptive seizing of assets, something that would seem to violate the presumption of innocence normally found in modern legal systems.