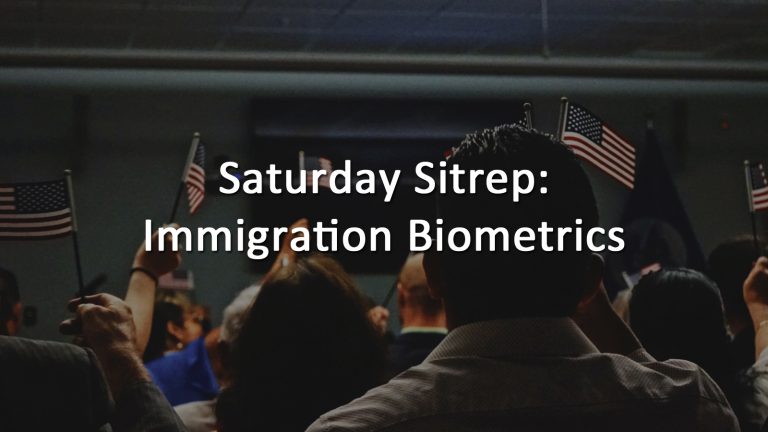 Immigrants to the United States are vetted before they arrive and during their stay in the country. Green card holders who are working towards citizenship undergo more rigorous scrutiny as the U.S. Citizenship and Immigration Services, part of the Department of Homeland Security, looks into the individual and their relationships. As part of this process, immigrants submit written biographies and statements about individuals they know, along with their fingerprints and photographs. All of this information is used to track the individual as they move towards becoming a U.S. citizen, in a process known as “Continuous Immigration Vetting.”

The Trump administration has written a proposal to expand the information collected during the CIV process to include additional biometrics such as retinal scans, DNA, voice prints, and enough photos to create a facial recognition model for the individual. It is unclear if this information would be destroyed after the individual becomes a citizen, or if the DHS would retain this information indefinitely. DHS and USCIS are reviewing the proposal, as there may be a benefit to leveraging modern technology during the CIV process, rather than relying on handwritten statements and testimony. The Trump administration believes the proposed use of technology will allow them to better track individuals and combat immigration fraud. It may also allow for easier investigations into individuals accused of immigration fraud, such as the recent string of students from China which were found to be spying by the FBI.

The American Civil Liberties Union opposes the proposal, claiming that it will hamper the legal immigration system to the point of rendering it non-functional and that it will allow a dystopian level of surveillance. The proposal is made under existing immigration law, which allows the DHS and USCIS to collect identifying information, including biometrics, from immigrants. Currently, DHS only collects additional biometric information from individuals it believes may create an exceptional risk to the United States or who have been convicted of an immigration crime (such as immigration fraud or illegally crossing the border). The proposal would expand the collection of this information to all immigrants, rather than only those that have committed a crime.