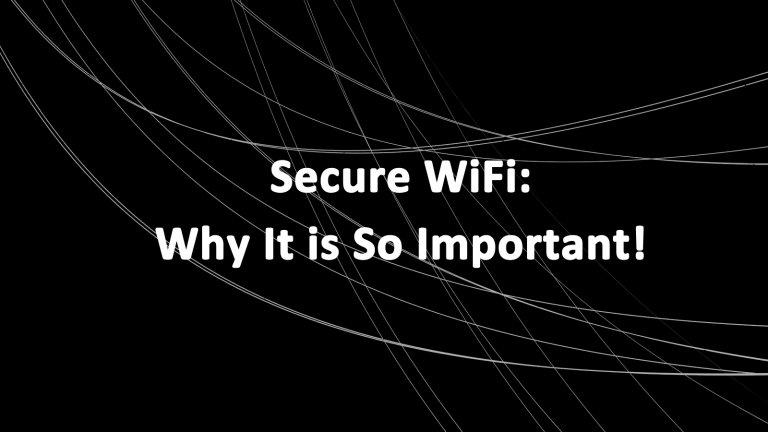 Secure WiFi is an internet connection that people should want, but many might not even know how important it is or if they are using it. A business WiFi connection may be open to the public because they want the people to be happy, shop longer, or share photos of products and experiences. Does not mean that they are safe from hackers. Absolutely not. Take a look at all the steps to take to be secure online, protect a network, and keep your device safe from hackers as best as possible.

The be secure, WiFi in the office or home must be locked down with a security protocol and password. The WiFi access is provided from an ISP (internet service provider.) However, a person cannot be certain that a savvy hacker cannot get through that shield. It is better that they have a password for the router, limit connections, and a firewall set up to protect themselves.

A business must have security monitoring that sends alerts admins if anything suspicious happens on a network. Anyone could infect a system at any time, and IT admins need alerts to happen automatically.

Anyone can upgrade their security at any time. Internet users must stay abreast of apps that lock down and monitor WiFi access. Newer, more strict security protocols along are used to lock out hackers who are attempting to access any part of a network. WiFi security could easily be a weak link if a hacker physical comes into an office or business and connects to the WiFi.

The same is true if someone wants to get close to the house and sign into the family WiFi. They can do anything they want, and they can do it with impunity because the family probably does not even know that they are up to something.

What About Public WiFi?

Someone could use public WiFi every day, but they might not realize that a hacker could get easily access to a device through this connection. Public WiFi is a shared connection. Even going to a business reputed for having the best WiFi is a danger. To be safe connect to private home or private office WiFi that is secured.

Mobile VPNS are often used for security, and a VPN could be used to stop a hacker who is coming over a WiFi connection. A VPN won’t work if the device or connection is already compromised.

Considering large scale, recent data breaches like Experian and Adidas, it seems that a data hack is inevitable. The security of any WiFi system is dependent first on the system and second on the people who are using it. The security protocol for a business or home WiFi system must be kept up-to-date to make certain that the latest hacking vectors are covered. Intrusion alerts must be sent to the sysadmin any time something suspicious happens. The same is true on mobile devices when they are signed into a public network.