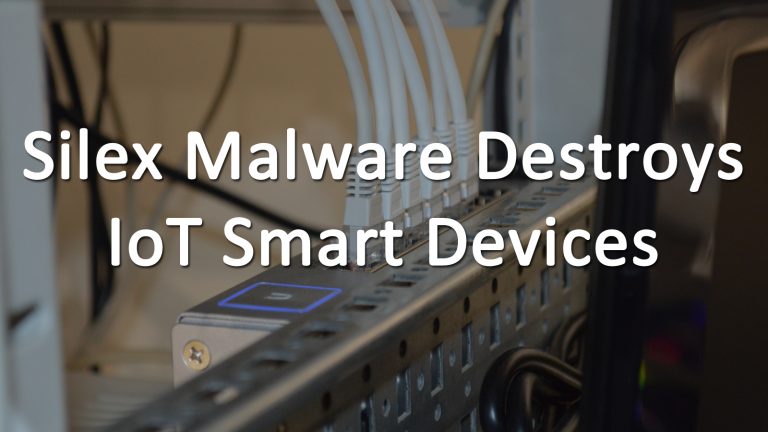 Silex malware is destroying smart home, office, and industrial internet of things (IoT) devices. The new malware can infect any thermostat, light, sensor running a Linux distribution. If you have never changed the login credentials on your IoT devices, then they are at risk. The new malware wrecked 350 devices and quickly incapacitated another 1,500 in just a few hours yesterday. The last time IoT devices were attacked by malware, over 10 Million IoT devices were infected.

Silex malware gains access to Linux based IoT device using its commonly known default login credentials. The operating system is then killed rendering the device useless. The malware was discovered by Akamai Technologies cyber security researcher, Larry Cashdollar. A hacker who goes by the handle, Light Leafon, is responsible for Silex Malware. An IP address that targeted Cashdollar’s honeypot is hosted on an Iranian virtual private server owned by novinvps.com.

Linux is the most widely used operating system for IoT devices. Almost 72 percent of devices run a form of Linux. Raspbian is the top Linux distributions used in with about 43 percent using it. Ubuntu is on 40.2 percent and 30.9 percent use Debian. Windows operating systems account for 22.9 percent of devices. If you own a Smart TV or set-top box from your internet service provider, you are most likely using with a Linux based system. Linux is the most used operating system for IoT devices and is installed on over half of Smart TVs. Linux distributions for smart TVs include Android, Tizen, webOS, as well as Amazon FireOS.

How Does Silex Malware Work?

Silexbot gains access using factory set usernames and passwords. The device’s storage is destroyed by writing to the disk until it is full. According to Cashdollar, disk partitions tables are destroyed by setting the disk sectors to one. The devices firewall rules are removed as is its network configuration. The device is rebooted and thus bricked. It can only be recovered by reinstalling firmware which is out of the average device owner’s capabilities.

This is not the first malware to go after IoT devices. Brickerbot malware attacked IoT devices from April 2017 to December 2017. The hacker responsible for Brickerbot claims that it disabled 10,000,000 IoT devices.

Linux is the most widely used operating system for IoT devices. Almost 72 percent of devices run a form of Linux. Raspbian is the top Linux distributions used in with about 43 percent using it. Ubuntu is on 40.2 percent and 30.9 percent use Debian. Windows operating systems account for 22.9 percent of devices.
https://www.itprotoday.com/iot/survey-shows-linux-top-operating-system-internet-things-devices

IoT devices can be categorized into three main groups: consumer, enterprise and industrial. There are almost 27 billion internet connected or smart devices in use. The Internet of Things (IoT) is the network of these connected devices.

What are examples of IoT devices?

Home internet connected devices include Smart TVs, home security systems, speakers, toys, fitness trackers, baby monitors, garage door openers, thermostats, and appliances. For example, a smart home can turn on the lighting and adjust the thermostat prior to the family waking up in the morning or when the IoT enabled car opens the garage door.

Office IoT automations include commercial security systems, temperature controls, pressure sensors, and lighting. Automatic adjustments based on the location and number of people present in an area.

Industrial IoT devices can include vehicle traffic monitoring, pressure sensors, industrial equipment monitoring, utility meters, smart building applications, commercial security systems, and smart city technologies — such as those used to monitor traffic and weather conditions. A warehouse that uses conveyor belts, packing machinery, and robots to move boxes can have sensors and monitoring to signal an alert if part of the process stops working.

How to Protect Your IoT Devices Against Silex Malware

Protect your IoT devices by changing the usernames and passwords on all your smart devices. This includes all Smart TVs, internet connected appliances, garage door openers, security systems, baby monitors smart outlets, and any IoT device. If your login is root, password, admin or similar factory set default password that anyone can look up on the internet then your system is at risk.