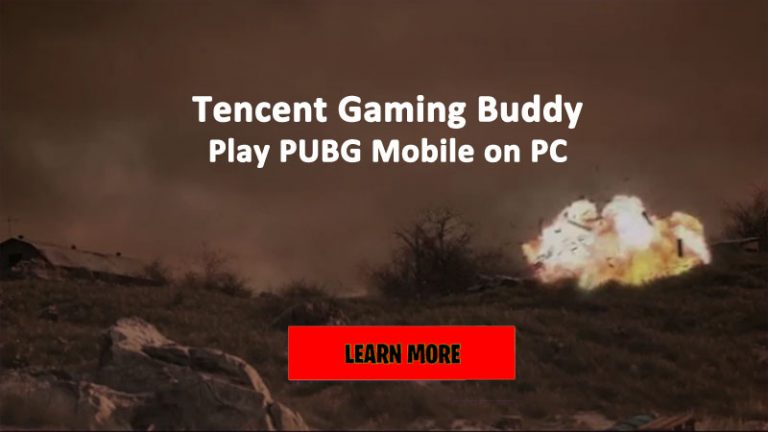 Tencent Gaming Buddy – also called Tencent Gaming Assistant and now GameLoop – is an Android mobile device emulator developed by Tencent. It’s designed to play some of the most popular mobile games like PUBG Mobile, Mobile Legends, Auto Chess, and more on a computer. Tencent Buddy also has native integration with Nimo TV, a game streaming platform created by leading game live-streaming platform HUYA and Tencent. HUYA is one of the largest video game streaming platforms in China. Douyu, it’s major rival, is the largest. Tencent is invested in both companies.

Does Tencent Own PUBG?

PlayerUnknown’s Battlegrounds is an online multiplayer battle royale game. PUBG is published by PUBG Corporation, which is a subsidiary of Bluehole, South Korean gaming company. During the game’s early release and development phase, PUBG struck a deal with Tencent to release the game in China, with Tencent as the publishing partner

What Are the Requirements for Tencent Gaming Buddy?

Tencent Gaming Buddy currently is only for windows users. Those with any version of Mac OS can use another Android emulator like Memu. When Tencent Gaming Buddy became GameLoop it required less RAM to run. GameLoop has a lower hardware requirement, only a minimum of 2GB RAM is needed.
If you have a Mac laptop follow the instructions in this post or consider upgrading to a system with the minimum requirements to play.

GameLoop, formerly known as Tencent Gaming Buddy, is the official option to for PUBG on Moible. Bluestacks, NoxPlayer, and Memu Emulator are some of the other emulator options.

How Much RAM Is Required For PUBG?

To play PUBG Mobile on Android you need Android 5.1. 1 operating system or higher and a minimum of 2GB RAM. Of course, you’ll also need a decent, stable Internet connection. Six GB of RAM and 64GB of storage is enough to run PUBG Mobile at the medium to highest graphics settings. PUBG can run on 4GB RAM and even down to 2GB but not at high graphics settings.

Gamers can play PUBG on just about any smartphone. On your phone, you’ll need a long battery life with decent performance. A Snapdragon 660 processor will work well, but a Snapdragon 845 has one of the best chipsets for mobile gaming If you looking to buy a budget smartphone for playing PUBG Mobile, there are some great options to choose from.

How Do I Download Tencent Gaming Buddy On PC?

Tencent Gaming Buddy on PC can be downloaded as GameLoop – the downloader is a 9MB file size and the emulator requires a minimum of 2MG to run. So, if you don’t have enough hard drive space or RAM for an amazing, immersive experience you might want to upgrade your hardware.
https://gameloop.fun/game/fps/pubg-mobile-for-pc/index.html

What is PUBG emulator?

PUBG Emulator is a PC app from Tencent Games that lets gamers play PUBG on a desktop computer or a laptop. Tencent released their official PC emulator for PUBG Mobile on the Tencent Gaming Buddy platform in July 2019. An emulator is software that lets you play a mobile game on a desktop computer. Without the emulator you would have to download the PC version of the game to play on your computer, rather than playing PUBG mobile.

PUBG Mobile Emulator can be downloaded online for free. It supports not only PUBG Mobile, but also other games such as Mobile Legends, Lords Mobile, Arena of Valor, and Auto Chess.

RELATED READ: How to Play Fortnite On Blocked WiFi at School

Can I Play PUBG Without Graphics Card?

Although you can play games requiring graphics cards on low-end computers you might want to consider an upgrade to a computer or phone that can give you the best experience. Even some low-end phones are going to be better for PUBG mobile than trying to hack around playing without a graphics card. That said, you don’t need a graphics card to play PUBG on your computer, but you’ll have to search some tech posts to find a configuration and an emulator that works for your specific machine.

How Do I Install PUBG on My Laptop?

If you want to play PUBG you need can do it on a Windows machine with an Android emulator like GameLoop. This also works for Mac users who can also play PUBG Mobile on Mac using an Android Emulator. All Mac OS versions are compatible.