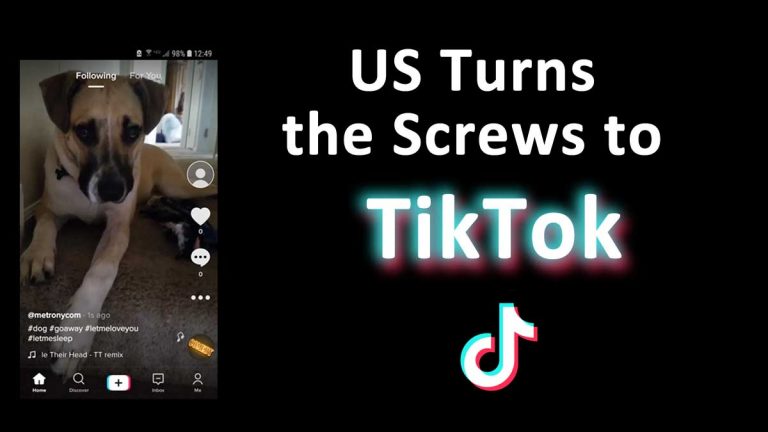 US President Donald Trump doubled down on his demand that ByteDance sells TikTok to a US-based business. The statement came on the heels of an investigation by the US Committee on Foreign Investment (CFIUS) which reviews proposed acquisitions of American businesses by overseas investors. CFIUS reviews acquisitions for national security concerns.

In this case, CFIUS reviewed the ByteDance’s purchase of music app Musical.ly in 2017. ByteDance owns TikTok and merged the two apps together.

ByteDance has been given 90 days to divest from its US TikTok business and destroy all US user data. A sale to a US citizen or business may be considered by CFIUS.

Two weeks ago in an executive order, Trump had given ByteDance until September 20th to sell the US portion of its TikTok app.

The United States has previously banned they use of TikTok and government owned phones.

Treasury Secretary Steven Mnuchin said in a statement that “CFIUS conducted an exhaustive review of the case and unanimously recommended this action to the president in order to protect U.S. users from exploitation of their personal data.”

CFIUS is headed by Secretary Mnuchin. As an inter-agency committee, it includes officials from government departments and agencies.

Best VPN for TikTok to use where it is banned (VIDEO)

The members of CFIUS include the heads of the following departments and offices:

The Director of National Intelligence and the US Secretary of Labor are non-voting, ex-officio members of CFIUS.

TikTok is popular video sharing mobile app with over 100 million downloads from US users. It is owned by Beijing based private company ByteDance. The Chinese company bought the music app Musical.ly in 2017 and merged it with TikTok which was released in 2016.

Trump wrote that, “ByteDance “might take action that threatens to impair the national security of the United States.”

He has asserted that ByteDance may collect US user data and share it with the Chinese government. But the government has never backed up that claim with any evidence. Trump has also asserted that the app could be used to spy on US citizens or to spread misinformation.

TikTok does not operate in China. The company has stated that user data is stored on servers which are within the United States.

India has also banned TikTok for its citizens and military personnel.

Microsoft has been in talks with ByteDance to buy the US portion of TikTok. However, closing that sale by mid-September would be difficult if not impossible due to its size. It is estimated that the app may be worth 200 billion USD in the future.

Trump stated publicly that he expects that the US Treasury department should get a “substantial amount of money” for a sales deal between Microsoft and ByteDance. This type of payment would be considered a government kickback an unethical.

President Trump now has an account on Triller – a rival to TikTok. Triller launched in 2015.