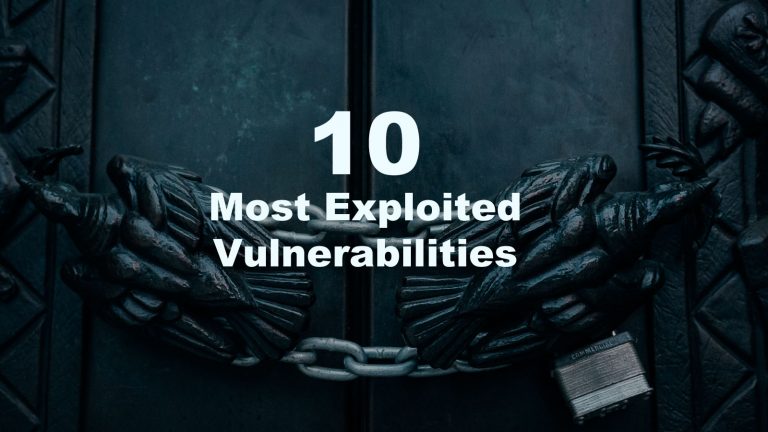 The Department of Homeland Security (DHS) Cybersecurity and Infrastructure Security Agency (CISA) and the Federal Bureau of Investigation (FBI) issued Alert AA20-133A. This alert provides guidance and information on the top ten exploited vulnerabilities. The federal agencies have listed the top ten most commonly exploited vulnerabilities since 2016.

The information is broken down by who that attacks are attributed to; Nation-state, nonstate, and unattributed atatcks.

Alert AA20-133A provides details Common Vulnerabilities and Exposures, or CVE, used by cyber criminals to conduct espionage, hack government agencies, and steal money to fund operations. Earlier today, DHS, the FBI, and US Department of Justice issued a joint alert on criminal cyber activity carried out by North Korea’s HIDDEN COBRA. Vulnerabilities are security flaws that exist in hardware, software, and apps. These flaws are already patched by hardware manufacturers, and developers. But when a deice is left unpatched, it leaves the deice, the information on it, and the network it is connected to vulnerable to hackers.

Zero-day exploits are vulnerabilities that are new, and no fix exists yet. Advanced Persistent Threat (APT) groups are hackers that work for governments. They carry out hacking activities – espionage, monetary theft, corporate espionage – for their sponsoring nation.