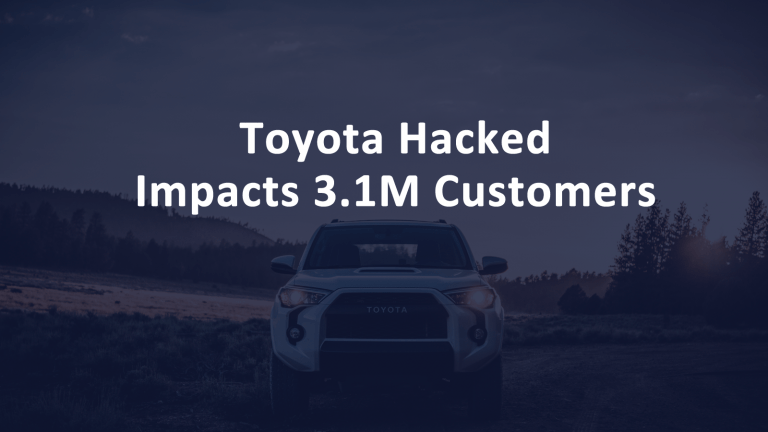 Toyota Vietnam Motor Company also announced a cyber security incident on March 29. Toyota Vietnam announced it was hacked on the same day that Toyota Japan announced its data breach. It was reported that hackers breached IT systems and also accessed data belonging to several sales subsidiaries similar to the incident in Japan. There are not many details, but it is believed that more customers’ data was breached.

Toyota Australia was also the target of hackers just a few weeks again in February 2019. The hackers downed corporate email services and other IT systems. No customer data was hacked but Toyota Australia was not able to process sales or deliver new cars during the cyber security attack. It is believed that the Toyota Australia incident was the work of Vietnamese hacking group APT 32, also known as OceanLotus.

After the Australian hack, Toyota promised to increase cyber security measures to protect private data. Buying an automobile is a personal transaction. The sales team collects an ever-increasing amount of private data on each customer including income, birthdates, address, and government identification. Now it is in question if the company took any additional measures to strengthen its IT systems.