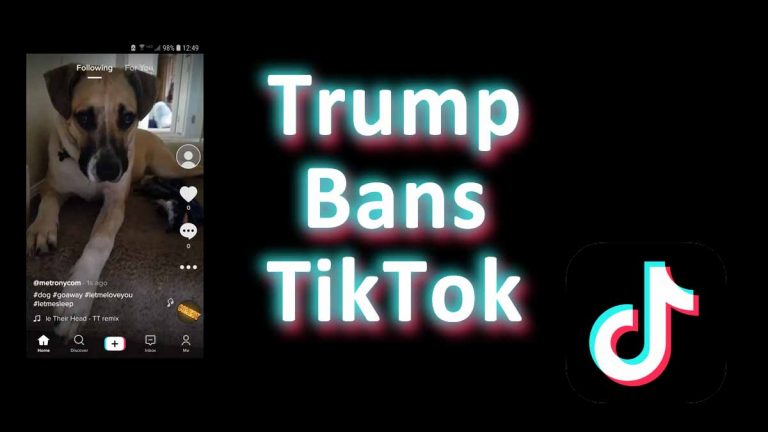 TikTok and WeChat are the targets of US President Trump’s latest executive orders. The legislation was signed yesterday and bans US companies and citizens from transacting with ByteDance, the company that owns TikTok. Similar conditions also apply to Tencent, the Chinese company that owns WeChat.

Trump signed the orders “on Addressing the Threat Posed by TikTok” meaning anyone or any company doing business with TikTok and WeChat by mid-September will be subject to sanctions.

It is widely believed a Trump issued this executive order in retaliation for TikTok’s role in the flop of his June Tulsa, Oklahoma campaign rally. A TikTok video posted, by a private citizen, instructed viewers on how to obtain free tickets to Trump’s campaign rally in Tulsa.  The goal was to snap up all available tickets making the event appear to be at capacity. The reality was that reserving tickets by people who had no intention of attending made them unavailable to Trump supporters. The plan worked and the rally was considered a failure with low attendance and an overflow area that went unused. The viral video, posted by a woman dubbed the “TikTok Grandma,” was credited for the failure of the rally.

READ: What Game Companies Does Tencent Own?

Donald Trump is known for his childish behavior, disparaging remarks about people including women, and fragile ego. It is believed the President is targeting TikTok without understanding the technology used in the app or evidence of the perceived security concerns.

TikTok responded with a statement that says, “We are shocked by the recent Executive Order, which was issued without any due process.”

The order comes after Trump said on Monday that TikTok would shut down unless sold to a US company.

TikTok was banned in mid-June by the Indian government which cited security concerns. The move was most likely the fallout from a skirmish between Indian and Chinese troops in the Himalayan Mountains earlier in the month. First TikTok was banned for use by soldiers in India but then later for all citizens. Fifty-nine Chinese apps, including WeChat, were also made illegal.

It is possible to get around the ban and use the app by enabling a virtual private network (VPN) on your phone.

In 45 days, any transaction with ByteDance that is subject to U.S. jurisdiction is prohibited.

READ: Our Reviews of the Best TikTok VPN

Trump also signed a second executive order with similar action against WeChat an app owned by Tencent. WeChat is a full-featured social media and messaging app that is used for messages, social media posts, as well as payments. WeChat has over 60 million users as well as 2.5 million businesses using the app.

Tencent is a holding company that owns a number of popular game companies like Blizzard. According to the wording of the executive order, it seems that US based games owed by Tencent are not affected.

Tencent is not for sale.

TikTok is a popular video-sharing social networking platform for mobile devices. Users upload short form videos – three to fifteen seconds in length or looping videos of up to 60 seconds. Popular content includes dance, cooking, science, and other talent related content. TikTok is available as a mobile app for both iOS and Android devices and has over 650 million downloads.

TikTok does not operate in China.

President Trump’s executive order takes effect in 45 days – giving US companies a chance to buy the social sharing platform. It prohibits “any transaction” with ByteDance, the Chinese company that owns TikTok after that period. This executive order will almost certainly face legal challenges in court. The September deadline will be very difficult to meet.

TikTok also said, that “We will pursue all remedies available to us in order to ensure that the rule of law is not discarded and that our company and our users are treated fairly – if not by the Administration, then by the US courts.”

Is Microsoft going to buy TikTok?

Microsoft said on Sunday that the company was in talks with ByteDance, the owner of TikTok, to explore “a purchase of the TikTok service in the United States, Canada, Australia, and New Zealand.” The purchase plan has supposedly since expanded to all countries where TikTok operates.

One reason Microsoft may be highly interested in buying TikTok is to use it for video artificial intelligence Microsoft’s competitors in that market are YouTube which is owned by Google, Twitch on by Amazon, and Facebook videos.

Trump had told reporters that whoever bought TikTok would have to pay a “substantial fee” to the US Treasury. The statement was shocking that a government would be asking for a fee on a private business transaction. This legality of such a fee is also highly questionable if not illegal.

TikTok said “the Administration paid no attention to facts, dictated terms of an agreement without going through standard legal processes, and tried to insert itself into negotiations between private businesses.“