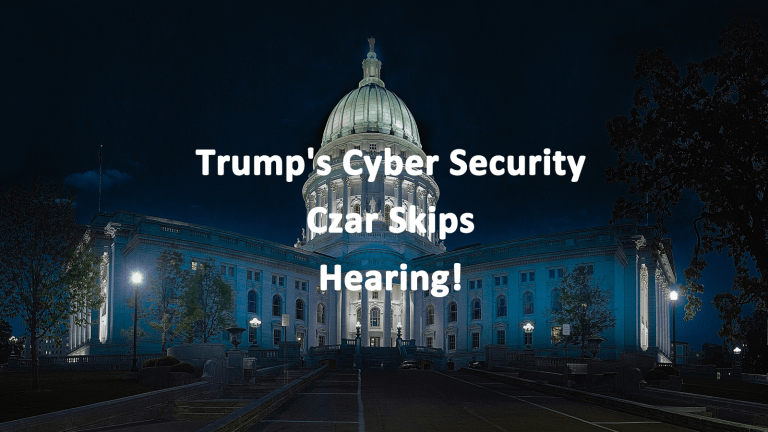 A bipartisan panel of senators listened to testimonies from defense-related chiefs today. The hearing attendees included Senator John McCain met with officials from the FBI, Defense Department, and Department of Homeland Security (DHS). Absent was Trump’s Cyber Security Czar, Robert Czar. The senators were meeting to express their dissatisfaction with the administration’s handling of cyber security threats, including the Russian hacking of the US elections and other cyber security incidents.

Russian’s, including APT28, attempted to hack the 2016 US Presidential election. It is suspected, but unconfirmed, if local elections were also tampered with. The US response to investigate the election tampering has been uncoordinated and underwhelming. Russian actors also paid for Advertising on social media giant, Facebook’s ad platform. They used over 100 different Facebook profiles to hide the deception. Foreign nationals cannot contribute money to political campaigns. This includes expenditures related to a political campaign. However, it is questionable but possibly not illegal to place political ads even when done so by a foreign national. This is dependent on the content of the ads.

DHS is charged with protecting “critical infrastructure,” assisting states in their efforts to protect voting systems, and distributing threat information to other government agencies and private-sector partners.

In attendance was the Defense Department Assistant Secretary Kenneth Rapuano. “This is cyber warfare. Cyber is warfare,” McCain told Rapuano. “Cyber is an attempt to destroy a democracy. That is what Putin is all about.

Senator William Nelson (D-Florida), told McCain to “consider a subpoena to get the main witness” to appear. Senator McCain did threaten to Subpoena Joyce.