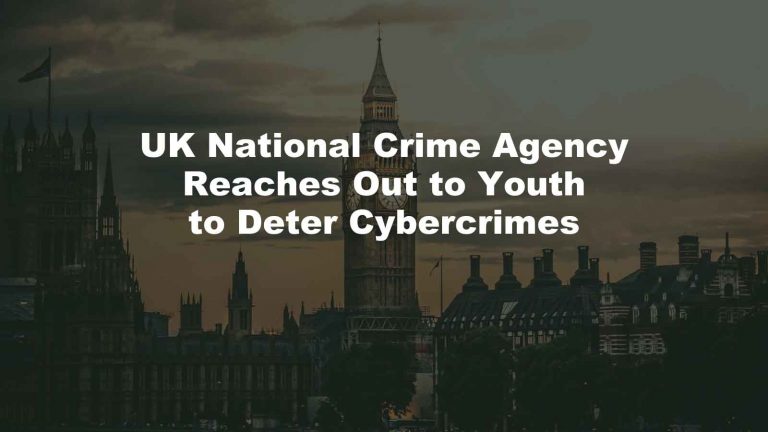 The United Kingdom’s National Crime Agency (NCA) is running Google advertisements to deter young men from engaging in illegal online activities. The advertisements are focused on stopping youth from engaging in hacking or buying online services that are used in cybercrimes. Denial of service attacks are one such example. Cyber criminals sell malware and distributed denial of service (DDoS) attack capabilities on demand to any paying customer, regardless of age. The advertisements and accompanying educational program are designed to educate and prevent youth with computer skills, so they use them for careers and other beneficial purposes.

According to a report Pathways into Cyber Crime, released in 2017 by NCA, more than half of cyber criminals got their start in hacking by the age of 16 years old. Furthermore, the average age of suspects and arrests of hackers was 17 years old. The average buyer of malicious computer code is young, male, and impressionable. Many get their ideas from online forums, meeting people online who carry out DDos attacks which leads them to believe it is acceptable.

According to a post by Brian Krebs on cyber security site Krebs on Security, the NCA advertisements are part of a campaign to deter youth from buying services that cause harm and can result in a prison sentence. The advertisements are triggered when someone searches for terms like “booter services” or other phrases associated with cyber attacks on Google.

What are Stressers and Booters?

Although web stressers are legitimate tools used for testing an IT network, they are used maliciously in a type of cyber attack known as “distributed denial-of-service” or DDoS attacks. This is a type of low skill, high volume cyber attack that swamps a network with so many requests, that the server can no longer respond to legitimate requests in a timely fashion. So, the network, server, or website, appears to be slow or not running at all.

NCA Senior Manager David Cox told Krebs that NCA is “targeting its ads to U.K. males age 13 to 22 who are searching for booter services or different types of remote access trojans (RATs).” The advertisements promote an educational website set up by NCA to educate youth about positive users for computer their skills. The site also has information about hack-a-thons and resources for safe internet habits. The website targeted at all citizens and is intended to educate the public on how to protect themselves online with fun and educational activities. The adverts nay also accompany an in-person visit to the homes of those who are known to have download booter software.

RAT malware has been implicated in a number of recent malware attacks: Read:

“The fact is, those standing in front of a classroom teaching children have less information about cybercrime than those they’re trying to teach,” Cox said.

WebStressers, also called booters, Network stressers, or stresser services, have legitimate uses too. They are tools used to test the ability of an IT network to handle traffic and used as part of penetration testing as sort of a stress test. Unfortunately, hackers use them to overwhelm a network and cause network outages.