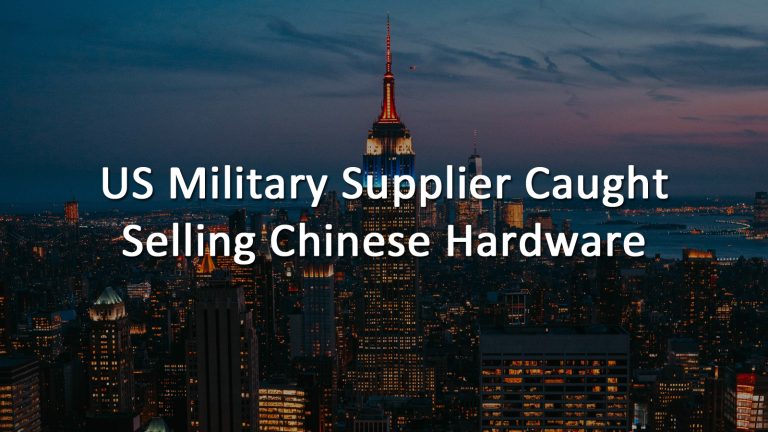 Aventura Technologies, a company run by a man with multiple convictions for fraud and larceny was raided and shut down by the government. The charges are detailed in this DOJ complaint. It came to light that Aventura had been selling equipment to the US military that wasn’t quite “Made in the USA.” Rather, everything they sold had been produced in China, had the Chinese serial numbers (so to speak) filed off, and then sold to the military as produced in the US and thus, more secure. Unfortunately, this technology found its way into bases, units, and aircraft carriers all over the world. Aventura Technologies scammed buyers of over $80 million since 2006, with more than $20 million coming from the US military.