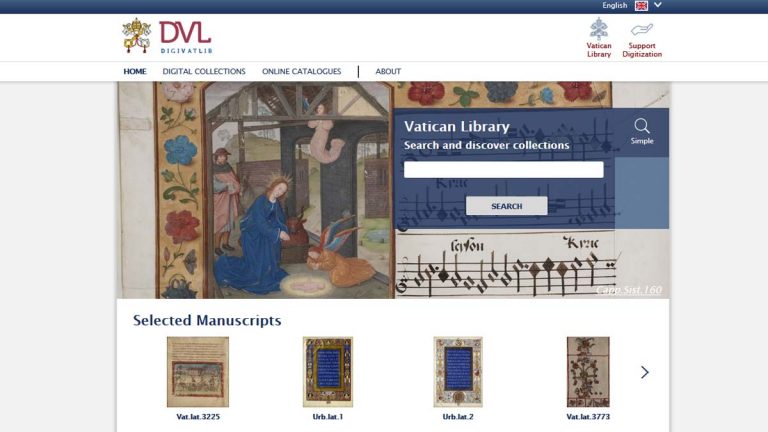 The Vatican has enlisted artificial intelligence to protect the invaluable and important collections held in the Vatican Apostolic Library. Cyber security AI firm Darktrace has been tasked with protecting these Vatican treasures from the 100 or so cyberattacks targeting the collection since it went online in 2015.

The Vatican Apostolic Library contains one of the oldest surviving copies of the Bible (The Vatican, Bibl. Vat., Vat. gr. 1209; no. B or 03 Gregory-Aland, δ 1 von Soden) written in the 4th century and acquired by the Library in the 15th century.  The library also holds Virgil’s epic poem the Aenid, writings from Michelangelo and Galileo – altogether 80,000 priceless documents as well as manuscripts, books, images, coins, and medals.

“We have to protect our online collection so that readers can trust the records are accurate, unaltered history,” said Manlio Miceli, the library’s chief information officer. According to Miceli and a report in the Observer, the Vatican Apostolic Library is attacked by cybercriminals about 1oo times each month.

The digitization effort is to share the collection with the world. A cyber attack involving Ransomware could result in the entire digital collection of priceless documents held for ransom by cyber criminals. Malware could be used to edit or delete documents.

“Hackers will always try to get into organisations to steal information, to make money or to wreak havoc,” Miceli went onto say.

The Bible preserved by the Vatican Apostolic Library is named Codex Vaticanus for its place in the library. It is the most famous manuscript in the possession of the Vatican library and was made available online in 2015.

They include one of the world’s oldest manuscripts, an illustrated fragment of Virgil’s Aeneid that dates back 1,600 years. The collection also contains Sandro Botticelli’s 1450 illustration of the Divine Comedy, Henry VIII of England’s request for a marriage annulment, poems, notes and sketches by Michelangelo; ancient manuscripts of the Inca people; and historical treaties and letters.

The goal is to digitize 41 million pages of documents preserved by the Vatican. So far, about 25 percent of the digitization effort is complete.

Darktrace was founded in 2013 and is headquartered in Cambridge, United Kingdom.