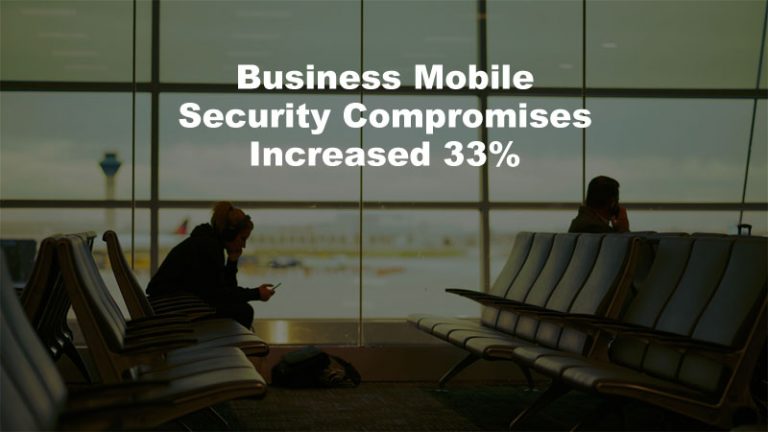 Cyber security incidents are on the rise. Since Verizon’s first Mobile Security Index report in 2018, the percent of companies reporting a compromise has gone up forty-one percent. In 2018, twenty-seven percent of the companies surveyed reported that they had suffered a security compromise involving mobile internet connected devices during the previous year. By the time the 2019 report was issued, that number had grown to 33 percent. And 39 percent of companies reported 2020 annual Verizon MSI report that they had a security incident.

Even though enterprise level companies know the risks involved with mobile security and making poor decisions to ignore or override security policies, they still do so. This decision leaves them twice as likely to be hacked. But hackers attack companies of all sizes as well as individuals. No business is too small and no one should think they are exempt from security protocols because they feel they are somehow off hackers’ radar.

Many companies got mobile device security wrong since the previous MSI report. Almost half of companies felt it was acceptable to lower security standards because employees were inconvenienced by speed issues. It’s true that using multi-factor security authentication and a virtual private network can slow down the login process, but it’s for good reasons. Apparently, many employees felt inconvenienced by security measures. It’s true that employees are often hurried to check emails or message their office as soon as they land at an airport, but public WiFi like that found in airports, hotels, and coffee shops are easy targets for hackers waiting to collect usernames, logins, and passwords. With the average person reusing the same password across multiple account logins, if a hacker can get one email and password combination – from a social media account – they may easily work their way up to something more valuable like a bank account, work email, or corporate Dropbox account.

According to the US Secret Service, the average monetary loss from a business email compromise (BEC) attack is nearly $130,000. Social engineering is one of the most common tactics used by hackers to begin a cyberattack. With social engineering the hacker gathers information about the target from publicly available information like that found on social media, LinkedIn profiles, and corporate websites. Phishing emails with some personalized content are sent with the intent of gleaning even more data. Hackers use all the information to collect even more details about the target. For example, a hacker might get the name of a target’s supervisor from their LinkedIn profile and their phone number from a corporate website. Phishing emails and business email compromises are two forms of social engineering that are commonly deployed by attackers. Globally, fifteen percent of enterprise users responding the survey reported a mobile phishing link in the third quarter of 2019.For the United states, that number was slightly higher with eighteen percent reporting a phishing attempt.

Other Consequences of Compromises

Twenty-one percent of enterprise level companies that reported being compromised said that an app installed on the mobile device played a part in the incident. And twenty percent said the use of pubic WiFi was a factor in the compromise, but just over half (52 percent) did not prohibit employees from using insecure WiFi hotspot on their mobile devices.

Eighty-three percent of respondents are concerned about security in the event a mobile device is lost or stolen.

How to Protect Mobile Devices

Lowering security standards often comes with consequences. It is cybersecurity best practices to establish a mobile device security policy and crisis response before your company needs it.