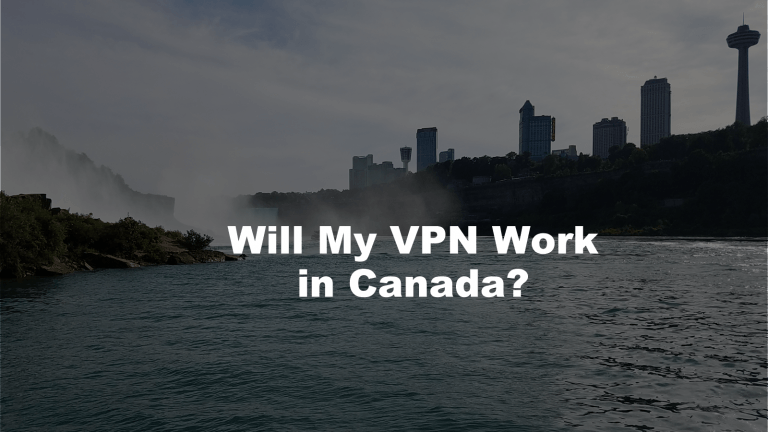 A VPN that works in Canada can help you watch blocked content, browse the web anonymously with a Canadian IP address, get streaming services that are geo-restricted or not available

A VPN that works in Canada can help you watch blocked content, browse the web anonymously with a Canadian IP address, get streaming services that are geo-restricted or not available, and can help protect your data. Your VPN will work in Canada it’s just a matter of do you have access unable to connect 2 servers that will work for whatever purpose you need them too. For example, if you want to watch a blocked sporting event like the Toronto Maple leaves then you’ll have to route your connection to make it look like it’s not coming from the Toronto area. In that scenario you may need a VPN server in Vancouver, but not one in Toronto.

If you want to Manchester United F.C. play at home, then you will need a server VPN in the United Kingdom that allows you to watch a soccer match in the country where it’s taking place.
A VPN that works in Canada can also help you watch other countries versions of broadcast programming . For example, you may want to watch the US version other Super Bowl so you can see all of the commercials that everyone sees. You can also get a VPN that works in Canada so you can access streaming services like Hulu and Netflix.

Using a VPN that works in Canada can help you access blocked social media apps, like Snapchat, and other content while you’re at work or school.

To be sure the VPN works in Canada for your purposes, you have to know a little bit about what you want to use the VPN for especially if it’s for watching censored or blocked content.

VPN stands for virtual private network. A VPN is an app or software that you download to your laptop tablet or smartphone and use it to connect 2 servers around the world. VPN’s are used to protect your privacy, encrypt Internet data, and to root your device is communications to make it appear that they’re coming from another location.
A VPN can be used to access blocked or censored content on line including streaming media, web sites, televised sporting events, religious content, or anything else that may not be allowed in a geographical region.

Is It Legal to Use A VPN In Canada?

Yes, it is perfectly legal to use a VPN in Canada. There are no laws banning VPN use in any Canadian province.

A common use for using a VPN in Canada is to watch television programming and streaming media that is restricted based on geographical location. For example, broadcast television shows that broadcast in the United States and Canada are altered for Canadians. Viewers in Canada see different commercials then American viewers do. Canadian laws are set up to favor Canadian content to help them compete in the broadcast television market

Canadian law protects and favors Canadian broadcast channels and content. That means that people who are in Canada see different programming and commercials if the same show also airs in the United States. Also having a Canadian IP address can cause sporting events and other television shows some countries to be blocked based on a Geo restriction. When you use a VPN that works in Canada you can access Geo restricted channels from other areas or countries In Canada.

One of the top reasons to get a VPN that works in Canada is to access geo-restricted television channels, streaming media, and other online content. Professional sporting events like hockey, soccer, football, and baseball are often blocked on the viewer’s location. You cannot watch the Toronto Maple Leafs in Toronto or the Ottawa Senators in Ottawa unless you have a VPN that works in Canada that make your connection appear to be coming from outside the area an access Geo restricted channels.

Keeping your Canadian connection private protects your data , your communications , usernames , passwords , and protects your money. A VPN is especially important when traveling in Canada and anywhere else when you must use a public Wi-Fi connection. If you use a Wi-Fi connection in a Canadian coffee shop, hotel, airport, retail store, or hotel you are putting your data , your login credentials, and your money at risk. A VPN that works in Canada encrypt your data and protects your information while it is in transit to the server.

Browse the Web Anonymously in Canada

When you use a VPN that works in Canada you will be able to browse the web anonymously. This means that no one including your Internet service provider can see what websites content an information you looked at on line. Using a VPN that works in Canada to browse the web ensures that you have privacy and are free from censorship and content blocking.

Can You Get Hulu In Canada?

Hulu is not available in Canada but is expected to be soon if you want to watch Hulu, you ask Netflix, or other non-Canadian programming you can use a VPN. The VPN can be configured to make your connection look like it is coming from another country and you’ll be able to watch programming that is restricted to those regions.

TunnelBear is a free Canadian VPN service that works on desktop computers and smartphones. Because it is a free VPN it comes with limitations including data limits which can be a problem if you’re trying to watch blocked streaming content like Hulu or Netflix. Tabor works well in public spaces like airports and hotels. However, you cannot choose your server or country with the free version so you may run into problems if you’re trying to reroute your connection to watch Geo restricted content.

You will need to upgrade to a paid plan to access countires and servers options.

Prices start at $4.17 USD monthly although there is a free version

Prices start at $6.99 USD monthly although there is a free version – >click here for a free trial.

Canadians can watch streaming services such as Netflix and amazon prime however to watch Hulu or other Geo restricted content, you’ll need a VPN to reroute your connection outside of Canada.