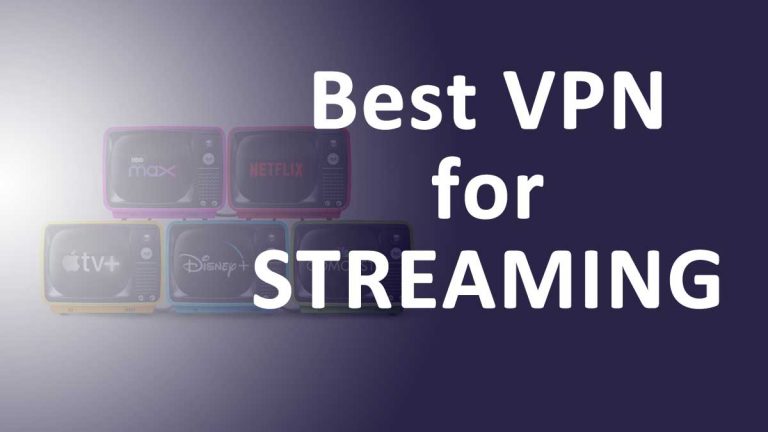 The best VPN for streaming service will allow you to watch the content that you want to see regardless of your location. Streaming VPNs also let you watch blocked content censored by government, religious, or other restrictions. To choose the best virtual private network for streaming video content, make sure that the service will be able to unblock streaming content in high quality at fast speeds. You’ll also need to choose the best streaming VPN service with an app that works with all of your devices – phones, laptops, tablets, and smart TVs.

Do you need a VPN for streaming?

Streaming services restrict content by geographical region. For example, some film premieres may be released in Europe before they come to the United States. In Canada, there are laws restricting content to favor Canadian producers and companies. If a show has a Canadian equivalent, then a Canadian Netflix subscriber may not be able to stream the US version because it is blocked based on their IP address.

Even though not everyone enjoys seeing advertisements and television commercials, sometimes we’d like to see what’s offered in another area or country. Sporting events, broadcast television, and some streaming services show different advertisements depending on the geographical region of the viewer. Using a VPN lets you change your IP address to trick the streaming service into thinking you are in another location. This lets you unblock the video content that you really want to see. You can use a VPN for streaming so you can see all of the content in the geographical region of your choice, including the advertisements.

Why Use a VPN for streaming?

With the best VPN for streaming, you can gain access to censored apps and websites. You will be able to watch games and tournaments – like football – from wherever you want to watch the matches.

Using a VPN for streaming allows you to watch streaming services just like you’re in another region of the world. So, if you want to watch European football like La Liga or the Premier League, then you can tunnel to another country to watch matches that are currently blocked content for you.

Can a VPN unblock streaming services?

Netflix has 182.8 million subscribers. Hulu has 35.5 million subscribers. Disney Plus acquired 10 million subscribers withing 24 hours of the launch of the new streaming service and now reports it has 50 million, blowing right by Hulu. Disney owns a 60% majority stake in Hulu through its acquisition of  21st Century Fox. With a reliable VPN app, you will be able to watch blocked content from these services.

Popular video streaming services that VPNs can unblock include:

When using a VPN for streaming it’s important to have a fast enough connection to make the viewing experience enjoyable. Some people might avoid using a VPN because they think that it slows down their connection speed and causes buffering. This might be true with a free VPN app on your phone.  When you pay for a reliable and quality VPN service for only a few dollars per month then you can enjoy connection speeds that let you watch streaming video in standard definition (SD), high definition (HD), or even Ultra- high definition (UHD) quality.

How to Choose a Streaming VPN

To choose the best VPN for streaming the content you want to unblock, think about how you going to use the VPN and what kind of content you’re going to watch. First figure out what you watch the most, where it airs, and what devices you use to watch.

TunnelBear was founded in Canada. The company was acquired by McAfee in 2018.

TunnelBear has a pretty good free plan that works well, but like most free VPNs, there is a monthly data limit. This one includes 500MB of data each month. This works for occasional use but if you plan on using TunnelBear for streaming then you will need to upgrade to a paid plan to avoid hitting the data cap.

Connect up to five devices with one subscription. TunnelBear recently added support for business users and teams.

IPVanish VPN is a US-based service founded in 2012. Their apps are easy to use and work well across multiple devices. Like most streaming VPN services, the longer the term of your subscription, the cheaper the prices get. Unlike many competitors, IPVanish offers a Firestick VPN feature.

Connect up to five devices with one subscription. TunnelBear recently added support for business users and teams.

NordVPN has been around since 2012. The service does not keep server logs (no log policy) nor do they disclose your internet activity to any government organization.

Connect up to six devices with one subscription. NordVPN also has business services that let corporate users connect to 3000 servers in over 20 locations.