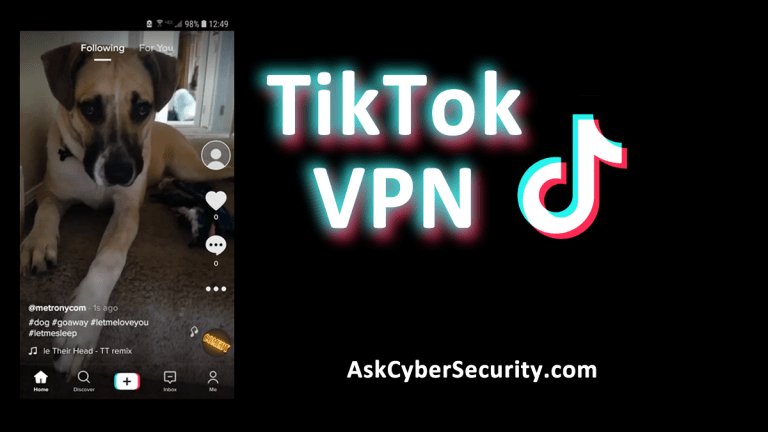 A TikTok VPN Is useful if you want to use the TikTok mobile app at school, from your workplace, or in a geographical region where TikTok is banned. TikTok has a lot of fun content on it and you certainly don’t want to miss out on any of the creativity – dancing, recipes, comedy, animals, or other content that the platform is known for. Using a VPN for TikTok can help you get bypass government censorship, firewalls, and other ways of blocking content that prevent you from using the app.

Even if you have TikTok downloaded to your phone right now, it may be removed from app stores if it becomes illegal to use. You won’t be able to update it with new features. To keep your TikTok app updated, you’ll need to VPN outside your country to get the latest updates.

TikTok has over 650 million downloads. It has apps for both Android and iPhone users. The app is produced by a company called ByteDance which is based in China. Because ByteDance Is a Chinese company there’s a lot of controversy over whether TikTok is being used to surveil users and send data back to the Chinese government.

Why is TikTok Banned?

TikTok is censored by several countries but for different reasons. For example – no one can use TikTok in China because the Chinese government feels that content on the platform is immoral. In addition, some users posted anti-Chinese videos that the government took offense to and forbids. ByteDance produces a version of TikTok – called Douyin – that’s for use within China. Douyin has modesty filters and can shut down a creator mid-stream if it detects content that does not comply with policies.

India bans the use of TikTok for soldiers and citizens because of a border skirmish with China.

The United States plans on sanctioning ByteDance and barring the use of the app for companies and solutions due to unsubstantiated privacy concerns.

How to Unblock TikTok at School

If you want to watch TikTok at school, you’ll need to get past your campus firewall. Many schools simply have a list of apps that are blocked as part of their firewall rules. If you can change the IP address that your device is using, you’ll be able to fool the firewall and use TikTok at school when your VPN is activated. TunnelBear has a free VPN service that you can download to any phone. Free VPN services always have data limits. Since TikTok is all video content, you will probably run out of data too soon each month. If that’s the case, then you can buy a subscription for only a few dollars a month with TunnelBear.

We tested TikTok to work with IPVanish, NordVPN, and TunnelBear. TunnelBeat is cute and easy to use. But IPVanish and NordVPN have a much larger selection of servers to choose from. So, you’ll be able to watch TikTok with a VPN wherever you go.

Which TikTok VPN can I use at work?

If you need a streaming VPN to use so you can unblock TikTok at work, and you might want to invest in IPVanish or NordVPN. TunnelBear is a really good free service that also has paid subscriptions to remove the data limits.

IPVanish is a more robust service with more servers. I tested IPVanish, TunnelBear, and NordVPN for unblocking TikTok at work and at school. All three worked well.

If you’re going to use your VPN for things other than watching TikTok videos, you probably would be better off downloading IPVanish or NordVPN. That way you can use it when you are working from a coffee shop , hotel , or airport.

IPVanish is a high-quality VPN service, but it’s not the cheapest service. IPVanish works well and can unblock TikTok as well as a variety of streaming services. I am an IPVanish paying subscriber for the past two years. It has worked well for me in many countries, at hotels, in busy airports. The app is easy to set up and use. Read our full review and see how it stacks up against the lower cost NordVPN.

How Does a VPN Let Me Watch Blocked Content?

A VPN, short or virtual private network is software that allows a device to reroute its Internet traffic to make it look like it originates from a different computer and location. VPNs, sometimes referred to as secure tunnels, use servers located around the world to disguise and encrypt their Internet communications and protect the device and all of its communications.

Although VPNs were originally designed for employees to connect to corporate servers securely, they have many uses. A VPN is used to encrypt data. It also secures all communications coming from a device and therefore is useful for online shopping. A VPN can protect your sensitive photos, videos, and payment information when using public WiFi connections like those found in coffee shops and other public spaces. If you are concerned about government censorship or surveillance, look for a VPN with a no-log policy. Try NordVPN or IPVanish.

Where is TikTok Banned?

There is a lot of controversy over data privacy and security concerns because ByteDance is a Chinese company. in June 2020 the government of India banned the use of TikTok for their soldiers. A few days after that the Indian government banned TikTok for the entire country.

The United States military also does not allow US Army soldiers and Navy personnel to use TikTok on government owned phones. However, service personnel are allowed to use it on their personal devices. The United States is also planning to prohibit the use of TIkTok by its citizens. An executive order was signed to ban any US company from doing business with ByteDance.

How to Use a VPN for TikTok

If you’re able to use TikTok freely without fear of censorship or persecution, then you can simply download the app from the Google Play Store or the Apple Store. TikTok is a mobile only application. If you are in a region where TikTok is banned or blocked by a firewall  – for example you want to watch TikTok at work or want to watch TikTok at school – you’ll need to use a virtual private network (VPN).

NOTE: Remember when you are choosing a server you need to pack a country or region where TikTok is not blocked. Currently, China and India prohibit the use of TikTok. United States will ban the app by mid-September.

Douyin, known as TikTok everywhere else but in China, is a video-sharing social networking app that is owned by ByteDance. The company is based in Beijing, China, and was founded in 2012 by Zhang Yiming. The app lets users post short-form video content which is anywhere from 3 seconds to 60 seconds in length with looping.