AskCyber Home » News » Apps » WhatsApp Spyware – How to Protect Yourself 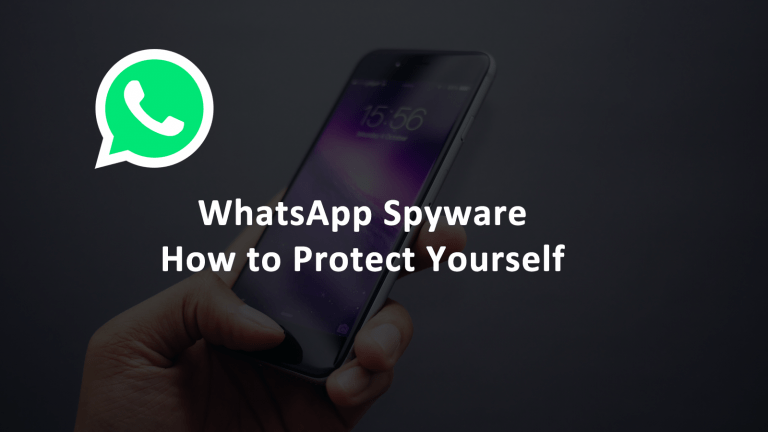 WhatsApp Security Incident – Here’s What to Do

WhatsApp disclosed a serious security vulnerability with which hackers could install malware. It was discovered that the messaging app WhatsApp contained spyware that can be used to gain access to any device it was installed on. The hack was reported to US officials and the European Union’s lead privacy regulator, Ireland’s Data Protection Commissioner (DPC).

“The DPC understands that the vulnerability may have enabled a malicious actor to install unauthorized software and gain access to personal data on devices which have WhatsApp installed,” the EU regulator stated.

So far, WhatsApp has not notified the DPC of the matter under GDPR Article 33, Notification of a personal data breach to a data protection supervisory authority. It is not known yet is any EU citizens’ data was affected by the cyber security incident. “WhatsApp is still investigating as to whether any WhatsApp EU user data has been affected as a result of this incident,” the DPC said, adding that WhatsApp informed it of the incident late on Monday.

The Affected Versions of WhatsApp Are:

Who is the NSO Group?

It is suspected that the spyware is the work of Israel’s NSO Group. WhatsApp has not confirmed the identification of the hackers. The spyware takes advantage of vulnerabilities to hack smartphones. Once access is acquired, the spyware can control the phone’s camera and be used to surveil the device’s owner. NSO malware has been used to spy on journalists, lawyers, human rights activists, and dissidents in previous hacks. NSO spyware was implicated in the death of Saudi journalist Jamal Khashoggi.

WhatsApp is a messaging and Voice over IP mobile app owned by Facebook. Users can send text messages, images, videos, and documents as well as place voice and video calls. WhatsApp is a Facebook subsidiary acquired in February 2014. The app has over 1.5 billion users globally.

WhatsApp Spyware – What to Do

A security patch was released and is available for download for all versions and operating systems. All WhatsApp users should upgrade to the latest version. Security patches can be downloaded and installed from official sites via the Apple Store or Google Play Store.

For future security patches, it is advisable to protect your device by allowing it to accept automatic updates. To limit the use of mobile data, users can change their settings to only take the updates while on WiFi connections.

How to Update WhatsApp – Android

How to Update WhatsApp – iPhone and iOS